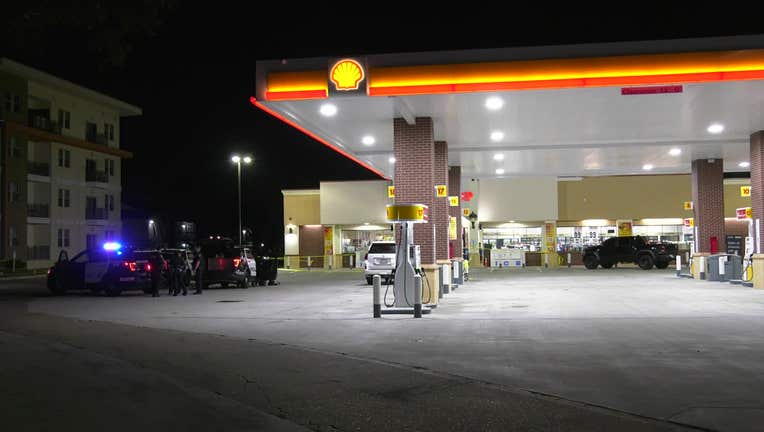 The shooting was reported around 2:42 a.m. in the 8700 block of Westheimer Road.

Police say the security guard had just gotten off work at a nearby apartment complex and went to the gas station.

At the gas station, police say she encountered a man who she knows from the complex, and they exchanged words.

According to HPD, the man pulled out a gun, and then the security guard pulled out her own gun and fired a shot at the man.

Authorities say the security guard has had previous encounters with the man, and multiple HPD and security company reports were filed against him in the past for incidents at the complex.

The investigation is ongoing, and no charges have been filed at this time. Police will review surveillance video of the incident at the gas station.