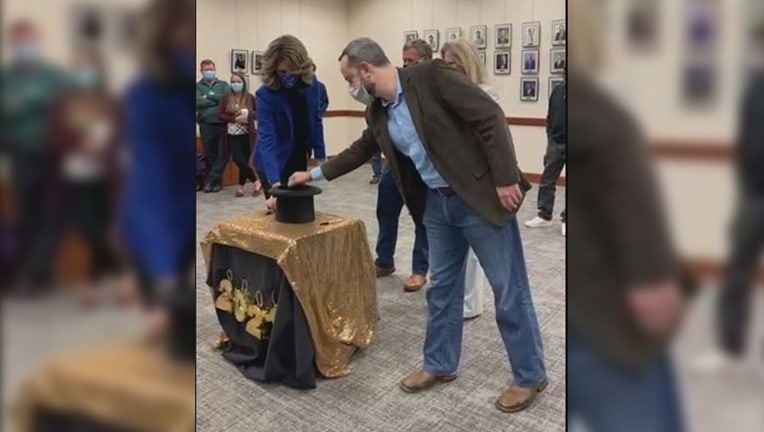 DICKINSON, Texas - The race to be the mayor of a Houston suburb has ended with the winner's name being drawn from a top hat.

Sean Skipworth and Jennifer Lawrence had been vying to be the next mayor of Dickinson.

But after a runoff election last month and a recount earlier this week, each candidate had ended up with 1,010 votes.

City of Dickinson Mayor drawing from a hat

After a run-off election and recount, the race for mayor of Dickinson had to be decided by the draw of a hat.

Texas law says a tie in a race for public office can be resolved by casting lots.

The Galveston County Daily News reports that Skipworth became mayor after a ping pong ball with his name was pulled out of a hat during a ceremony Thursday evening.

Lawrence, meanwhile, said she trusted the process and will support Skipworth.