HOUSTON - The Houston Live Stock Show and Rodeo released a sneak peek of the entertainment lineup for the 2020 season.

On Wednesday, the musical genres of the 2020 RODEOHOUSTON star entertainers were released. 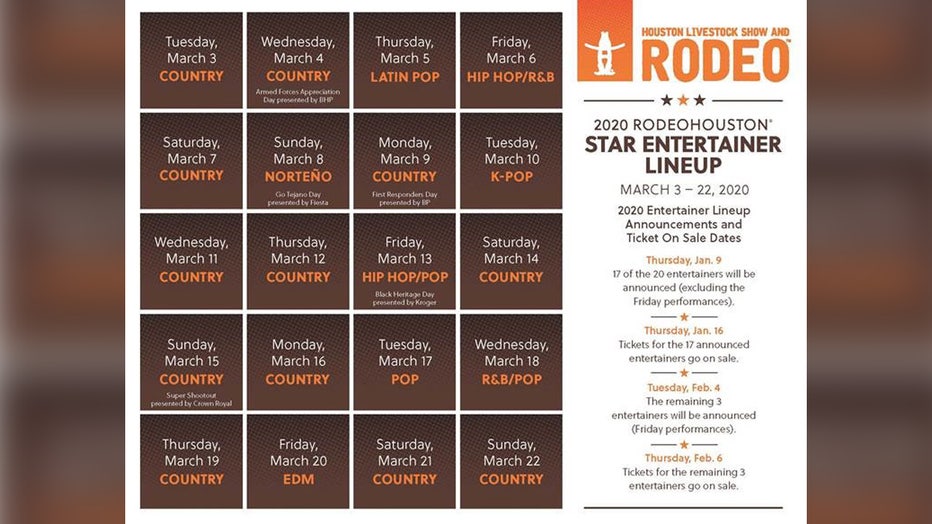 The entertainers for those dates will be revealed next year.

The remaining three entertainers for Friday performances will be announced on February 4. Those tickets will go on sale on February 6.