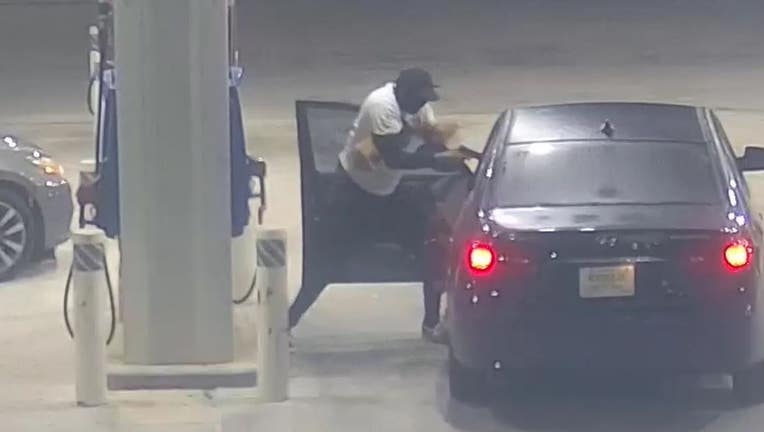 HOUSTON - Houston police are searching for a suspect following a brazen aggravated robbery in southeast Houston.

According to Houston police, the robbery occurred on the 8900 block of Winkler at the gas pumps at a convenience store.

A victim reported to police that he was sitting in the driver's seat when an unknown male suddenly opened his door while pointing a handgun at him and demanded his property.

Police said the suspect grabbed a bag in the vehicle, along with the complainant's wallet and necklace.

The suspect then got into a gray Nissan Altima and fled the suspect.

The suspect is described as a Black male, last seen wearing a black hat, white shirt, and black pants.

If you have any information, contact Houston police or Houston Crime Stoppers at (713) 222-TIPS.