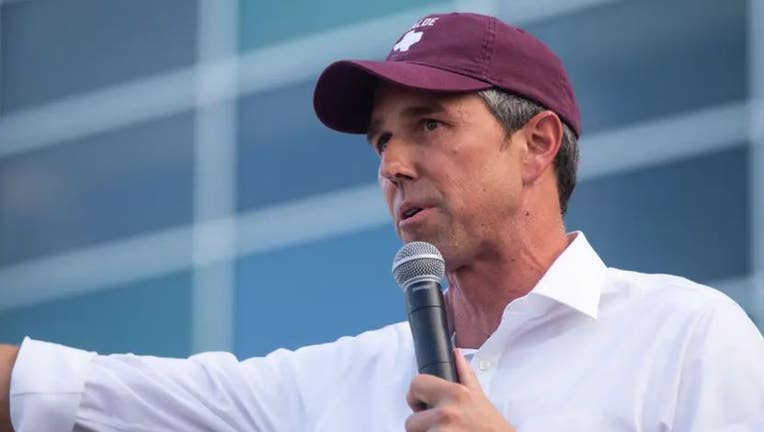 Beating Gov. Greg Abbott would be only the beginning of Beto O’Rourke’s challenges. In a state where Republicans will likely maintain control of the Legislature and all, or a majority, of statewide offices, the proud Democrat would face an avalanche of resistance from across the aisle while trying to deliver on campaign promises.

Throughout his six years in Congress, Democrats never held control of the House. Still, the former El Paso representative put his name on 54 bills from both parties that were signed into law and was praised by members of both parties on the committees where he served as being a serious, practical legislator willing to reach compromises to get things done. Only one of his sponsored bills passed into law, but most of his work as a legislator was on collective efforts like the annual National Defense Authorization Act.

But tides have changed since he left office in 2019, and the legislation he worked on is far from the political flashpoints dominating today’s election cycle, including issues like guns and reproductive rights that are topping his list of gubernatorial campaign promises.

Still, O’Rourke insisted in a recent interview there is common ground on major policy issues, from education to health care, and he is proud of the friendships he’s made with Republicans on Capitol Hill that have become some of the most lasting parts of his congressional legacy.

"I know that [compromise] has become a dirty word among hyperpartisan Republicans and even hyperpartisan Democrats, but it’s absolutely necessary if you’re going to accomplish anything in a democracy," O’Rourke said, recalling his time in Congress. "I would bring that experience and that outlook to my role as governor."

As a congressman, O’Rourke served on some of the most traditionally bipartisan committees on the Hill. The House Armed Services Committee is charged with advancing the National Defense Authorization Act each year, a behemoth spending measure that has passed on a bipartisan basis for over six decades. He also served on the House Veterans Affairs Committee, which many members try to avoid joining partly because its work doesn’t lend itself to the bombastic soundbites that can launch a member’s public image.

Panel discusses O’Rourke upcoming trips to colleges and universities as Abbott has a 7 point lead.

But O’Rourke called his work on Veterans Affairs his most meaningful in Congress and said that he specifically requested a seat on the committee owing to El Paso’s large veteran population. He co-led the Economic Opportunity Subcommittee with U.S. Rep. Jodey Arrington, R-Lubbock, and the pair worked on legislation to help veterans transition to civilian life.

During a November 2018 subcommittee meeting just as O’Rourke was leaving office following his failed Senate run, Arrington said working with O’Rourke was "one of the joys of my service on the committee" and that he couldn’t have done his work without O’Rourke as a partner.

"We do battle and we have wildly different views, I’m certain, on many issues. But you wouldn’t know it with the way he treats me and I hope the way I treat him," Arrington said at the time. "And we need a whole lot more of that in this place."

Despite his effusive praise from the committee room four years ago, Arrington declined to comment for this story.

Former U.S. Rep. Mike Coffman, R-Colorado, fondly recalled working with O’Rourke on 2017 legislation to expand mental health care to veterans who had an other than honorable discharge. Coffman faced a challenging reelection bid the next year, ultimately losing his seat to Democrat Jason Crow, but O’Rourke still collaborated with him on the bill despite the hairy electoral politics.

"I really appreciate his working with me to make it a bipartisan proposal because … this was a standard practice that Democratic leadership inform him not to work with me, really because I was a top target for the upcoming election," Coffman said in a recent interview. Coffman is now serving as mayor of Aurora, Colorado.

Abbott, O'Rourke face off in first, only debate in Rio Grande Valley

FOX 26 Political Reporter Greg Groogan has more about what was said during the debate.

Perhaps O’Rourke’s most famous instance of cross-aisle friendship was his marathon road trip with former U.S. Rep. Will Hurd from San Antonio to Washington after their flight plans were canceled by the weather. The two members livestreamed the saga, discussing everything from politics to food to music, as it quickly went viral, garnering well wishes from U.S. Sen. John Cornyn, then-House Majority Leader Kevin McCarthy and former House Speaker Newt Gingrich. The two later won Allegheny College’s Prize of Civility in Public Life for their demonstration of bipartisan chumminess. The two former members are still in close contact today.

But if elected governor, O’Rourke would endure tougher resistance to more partisan issues. O’Rourke has already made plans to resist major Republican policy agendas, promising to legalize abortion in Texas, implement stricter gun safety measures like raising the minimum age to buy an AR-style rifle and eliminating the state’s STAAR test for public schoolchildren. Any of these changes would require legislative action. But when asked about his record on that front, O’Rourke demurred.

"I don’t know how much resistance you can provide as a member of the minority in one chamber of the legislative branch in Congress, so it’s probably not where I’d look to for examples," he said in an interview. "It was in finding common ground with … Republicans that were critical to delivering for my constituents and for the country."

But the political landscape is far more divisive today than it was on the Veteran Affairs Committee when O’Rourke last served in office. Elise Stefanik, who is now the No. 3 House Republican, served on the Armed Services Committee with O’Rourke. The two introduced legislation together to boost staffing and infrastructure at ports of entry, and Stefanik praised her partner on the bill at the time as someone "who understands how critical our ports of entry are for our economy, tourism and national security."

But when asked recently about her time working with O’Rourke, she had a decidedly different tone.

"Beto O’Rourke is a has-been, failed, gun-grabbing candidate. He is well-known for his constant failed campaign attempts, not any accomplishments in Congress," she said in a recent statement for this story. "Texans already humiliated his state-wide Senate attempt for his attack on our Constitutional rights, the American people ended his failed Presidential bid, and once again Texans will send him and his unconstitutional anti-gun agenda home packing."

Beto O'Rourke snaps at heckler while talking about Uvalde shooting

Texas gubernatorial candidate Beto O'Rourke snapped at a heckler while talking about the Uvalde school shooting during a town hall meeting in Mineral Wells. "It may be funny to you motherf****er, but it’s not funny to me," he said. (Town hall video credit: Amy Bearden/Mineral Wells Area News via Storyful)

Of the Republican lawmakers O’Rourke cited to the Tribune as partners on the Hill, only Coffman would back up his fond tales about their time working together.

Cornyn, with whom O’Rourke said he worked on border security issues back in 2013, declined to comment for this story. Former U.S. Rep. Steve Pearce, R-New Mexico, a deeply conservative Republican whom O’Rourke said collaborated with him on border issues, also would not talk. Former U.S. Rep. Mac Thornberry, a Texan who chaired the Armed Services Committee during O’Rourke’s tenure, also declined to comment. Hurd did not respond to multiple requests for comment.

Much of the silence from the Republican side can be attributed to the election season, when any kind of praise for the opposing team would lead to a very stern talking-to from higher-ups in the party.

Chris Evans, a spokesperson for O’Rourke, retorted O’Rourke "has always put people over party by working with anyone, anywhere, anytime to deliver for Texans. That meant putting politics aside and finding common ground with Republicans including Elise Stefanik."

O’Rourke also stressed Texas is not Congress and that there are still several policy areas where he could find a path forward with Republicans, including increasing teacher salaries, expanding Medicaid coverage and repairing basic infrastructure in rural counties. Even on contentious issues like reproductive rights, O’Rourke pointed out most Texas voters polled against the state’s restrictive abortion ban.

"Who knows what the final [reproductive rights] legislation will look like, but I don’t begin by thinking that we don’t get anything done or that this is impossible or that we don’t agree on some of the basics here on these really important issues," O’Rourke said.

The panel discusses how the Uvalde shooting will play a major role in the governor race. It will also be a major issue in O'Rourke's campaign after confronting Gov. Abbott at the press conference.

U.S. Rep. Marc Veasey, D-Fort Worth, who joined Congress at the same time as O’Rourke and is close personal friends with him, likened O’Rourke’s leadership style to that of former Gov. George W. Bush, who was known to pop into legislators’ offices and ask what they needed to do to get the job done.

During their time in Congress together, Veasey and O’Rourke would often socialize with other members of their freshman class, including Democrats and Republicans, even forming a dinner club. It was a kind of friendly outreach that could go a long way in Austin, Veasey said, adding that O’Rourke "knows how to get along with people well."

O’Rourke asserted the same, claiming Texas politics aren’t as "knee jerk" as federal politics and that there is more willingness to cross the aisle. He cited the fact that Democrats chair committees in the Republican-controlled state Legislature, whereas the minority practically never chairs committees in Congress. But he knows the partisan resistance as governor would be different than the policy disagreements he dealt with on two relatively bipartisan Congressional committees.

"It definitely is going to be harder, yet it is literally impossible unless we win this election," he said.