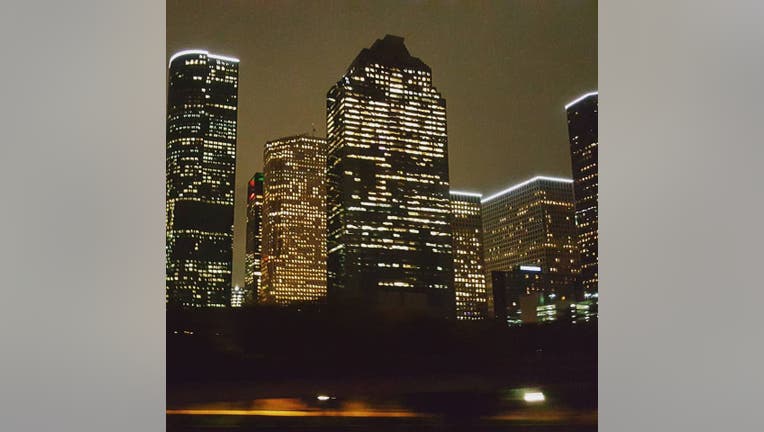 HOUSTON - Most fathers will tell you there’s nothing more they love than being a dad and according to a new study, Houston is the best place for it!

The study, conducted by MoveBhudda, analyzed about 1,000 of the nation’s most populous cities and ranked Houston as #1 for Millennial dads - just in time for Father’s Day!

Additionally, the report looked at factors like career opportunities to affordable ownership, and places that are child-friendly. In fact, Houston was also ranked 3rd best city in the U.S. to raise children.

Putting into perspective, Houston outranked its neighboring cities like San Antonio, which came in at 4th best while Austin and Dallas were ranked 11th and 16th, respectively.

So we caught up with three local Millennial dads to share the news with them, get their reactions and overall thoughts on fatherhood in the Space City. Each parent we spoke with is at a different stage in fatherhood, but overall had a lot of things to say about how Houston caters to their love of being dads.

RELATED: Texas ranked one of the 'most fun' states in the US

The first dad we spoke to, James McAuley, 38, a bartender at Taste Bar + Kitchen on Bagby, says fatherhood isn’t easy but the fond memories he shares with his 11-year-old daughter is what makes fatherhood so worthwhile.

"Being a dad is great," he said in an email interview. "Sure there are days that have more tears and yelling than I would like but honestly that’s the stuff you don’t remember as much as the swim meet itself or the camping trip."

Despite the hot temperatures, McAuley says there’s a lot of things he can do to spend quality time with his daughter.

"I mean, heat wave aside, Houston is a livable city. you don’t see many children in the stands of Yankee Stadium, but I think tickets for the Sunday game against the Yankees start at like $35. We have plenty of parks, 4 within a bike ride from my house," he explained. "She just finished with the abbreviated summer league swim team so hopefully in the next few weeks we can do some camping, maybe hit the beach or a water park, also I am planning on grabbing some City Passes so we can visit the zoo, museums, etc." 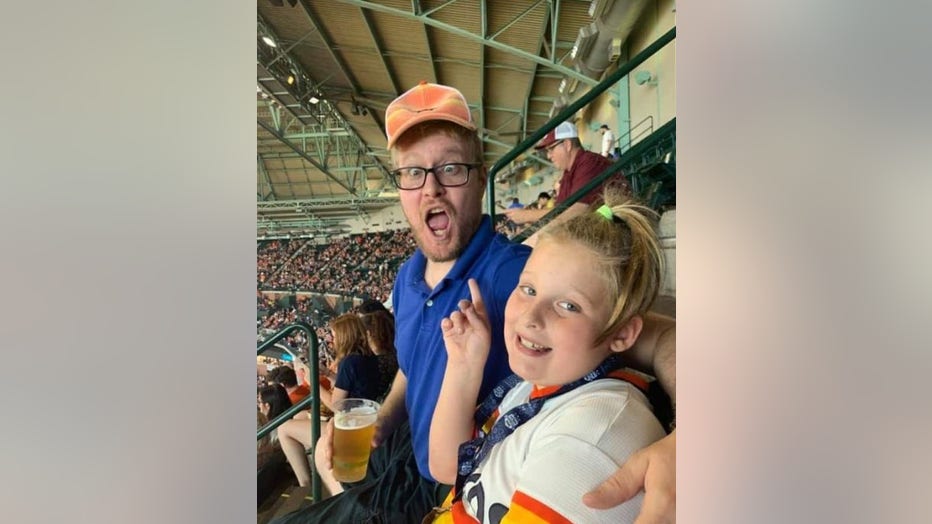 And sometimes, McAuley adds, the fun doesn’t even have to be limited to Houston itself.

"I’m a working-class guy and I can afford to take my daughter to Lake Conroe, or Crystal Beach for a few days a year," McAuley said. "I get the feeling that is not necessarily the case in large swaths of our country."

Another Houston dad we spoke to, Ernesto Rodriguez, 26, a teacher tells us with things recovering from the COVID-19 pandemic, it’s been more appealing to do more activities with his 1-year-old son and other friends, who have also been vaccinated.

"I found that Houston has a lot of things for you to do, you know there’s so much out there, there’s different kinds of events and things – obviously with all of COVID and whatnot, we still found things that were COVID friendly with our crew and everything," Rodriguez said. "There were a lot of things that we did obviously with a limited group so after we got vaccinated a lot of our friends also got vaccinated and you know they have kids as well, a lot of coworkers."

Houston was ranked the best city in the U.S. for Millenial Dads so we spoke to a few Houston fathers to get their reactions and their thoughts on fatherhood.

Rodriguez echoed similar statements as our last father regarding outdoor activities, which were fun for children but also stay safe.

"Some things that we did was we went together to the zoo," he explained. "One of our friends had passes and whatnot and so you know, very COVID friendly so it was really cool to be outside and like having our kids look at the animals and learn different things - my inner teacher was coming out, you know like ‘look at the bird’ and all these things."

Simultaneously, Rodriguez noted there were some indoor activities he felt comfortable doing as well as many online programs that were kid-friendly.

"We did hit up a couple of museums, which was cool and then just a lot of virtual things that we found like there were a lot of activities for kids to follow along, they weren’t super long but you know just different things for kids to be exposed to," he added.

These types of fun events are just one of the things Credit Analyst for Allegiance Bank, John Garrow, 24, is looking forward to. And because of Houston’s low cost of living, he believes that’s what makes it such a great city to settle down, especially for young families.

"Honestly, it’s probably the lower the property values," Garrow said. "As a millennial, I was able to buy a home and still not be entirely stressed about having a baby financially and I think that’s one of the best things and like we were talking about just before the start, we live in North Houston in Tomball so it’s just easier to get anywhere if I need to go somewhere on the 20-30-minute drive."

Houston was ranked the best city in the U.S. for Millenial Dads so we spoke with John Garrow, a father-to-be to get his reactions and what he's most looking forward to being a dad.

The father-to-be and Houston native tells me he anxiously waits for the day his daughter will be born so he can show her different parts of the city, especially those where he has fond memories.

"I can’t wait to take her to Hermann Park," Garrow explained. "Actually it’s where her mother and I got engaged and actually ended up getting married because I made it during the pandemic and had a small wedding so we ended up getting married in the same spot so I can’t wait to take our daughter to that so that she can be you know where her mother and I officially connected."

And the daddies we spoke to had some helpful advice for Garrow and the other soon-to-be fathers out there this Father’s Day.

"Always be ready to be surprised," McAuley added. "If there are other dads smiling and laughing at you, you’re probably doing something right."