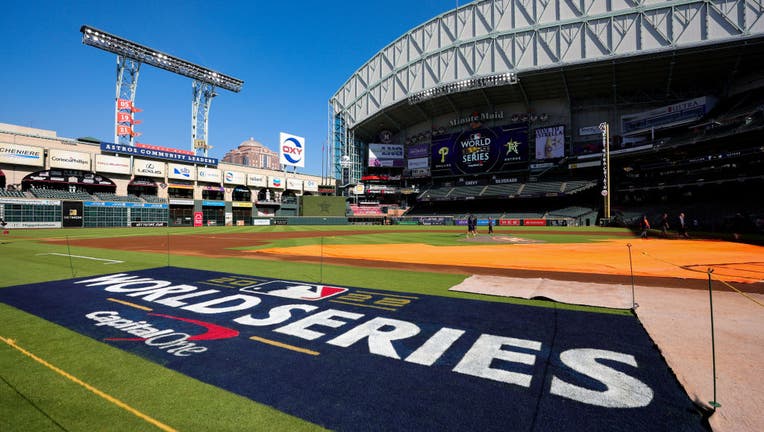 HOUSTON - Houston is preparing to host Game 1 and 2 of the World Series 2022 where the Astros will play the Phillies and golf fans have the chance to win tickets to the highly anticipated baseball game.

The Cadence Bank Houston Open will take place on Nov. 10-13 and the event announced for a limited time, when you purchase two or more tickets to the open, you will be entered to win two tickets for Game 2 of the World Series presented by Capital One. This contest is open from Oct. 27 at 11 a.m. until Oct. 28 at 4 p.m.

RELATED: Houston Halloween events and things to do this weekend, October 28 to 31

According to the rules, when you successfully purchase tickets to the open before the closing period you will be automatically entered into the sweepstakes. All entries must have a valid email address and there is one entry limit per person/household/account. Each potential winner will be notified at the email address provided.

Transportation to and from the World Series and lodging are not included in the prize.

FOX 26 Reporter Tiffany Justice spoke with some Astros fans who are ready for the World Series.

The Cadence Bank Houston Open also stated employees, officers, and directors (including immediate family members (spouse, parent, child, sibling, and their respective spouses, regardless of where they reside) and members of the same household, whether or not related) of the Astros Golf Foundation and each of their respective parents, affiliated companies, subsidiaries, licensees, distributors, dealers, retailers, printers, advertising and promotion agencies, and any and all other companies associated with the Sweepstakes are not eligible to participate or win a prize.

You can read the full terms of the contest here.