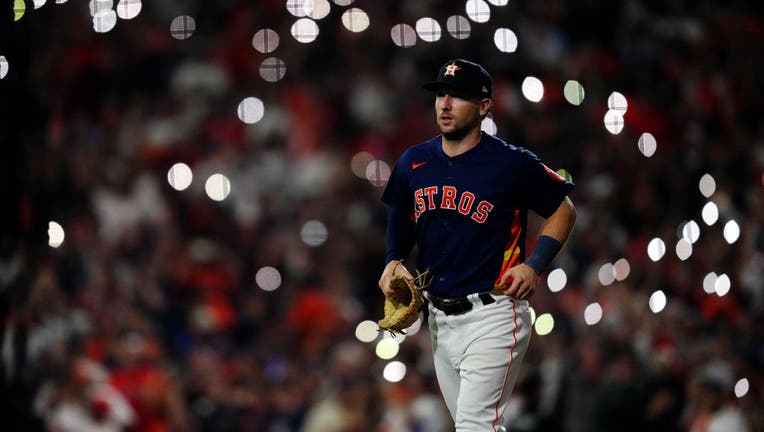 HOUSTON, TX - OCTOBER 29: Kyle Tucker #30 of the Houston Astros jogs back to the dugout during Game 2 of the 2022 World Series between the Philadelphia Phillies and the Houston Astros at Minute Maid Park on Saturday, October 29, 2022 in Houston, Texa

HOUSTON - You’ve probably noticed the shining gold across your TV screen while watching Houston Astros games during the playoffs.

At every postseason home game this year, fans have been bringing hundreds of gold paper crowns to support Astros right fielder Kyle Tucker. Astros fans often refer to him as "King Tuck". 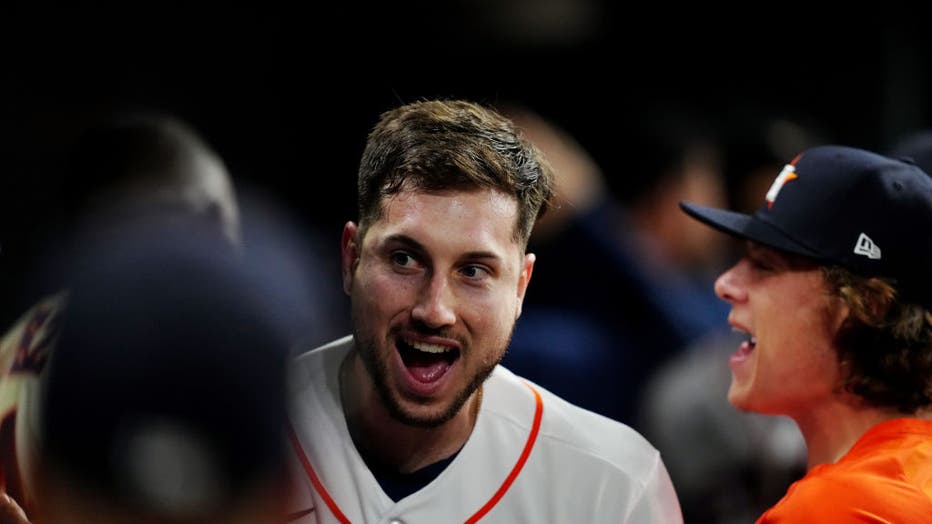 "There were several people already wearing crowns and stuff, but [we] decided to make it big," said Eddie Concialdi.

A group of four fans, also donning the golden crowns has been bringing hundreds of them to every playoff game at Minute Maid Park this year. Before the first pitch, they pass out roughly 500 of them to fans sitting in section 153 near the right field.

The Astros lost to the Phillies in the first game of the World Series 6-5 and need to win four to take home the series title. Even after the loss, fans were still in high spirits for the team.

FOX 26 Reporter Matthew Seedorff spoke with fans at the game following the heartbreaking loss on Friday night and into Saturday morning.

"It’s all about Tucker baby," said John Hill. "Cause tucker is clutch. He led us in RBIs. He’s a five-tool player. We need to keep him around for a long, long time."

Tucker hit two home runs in Game 1. After the game, he was asked about the fans wearing crowns in the right-field seats.

"I hear them in right field," said Tucker. "I just give them a little wave to acknowledge them. They’re here to support us, and we’re here to win games and put on a show for them."

Despite Game 1 of the World Series not going exactly how we planned, Houston Astros fans remain hopeful and hyped they could turn things around. FOX 26's host of Isiah Factor Uncensored, Isiah Carey shares more from fans before and after the game!

"He gives us sly looks every now and then like he knows who we are," said Concialdi.  "He never makes eye contact. He tries to throw some balls our direction."

The group of Tucker fans hopes their gold crowns could soon be replaced with gold World Series rings.