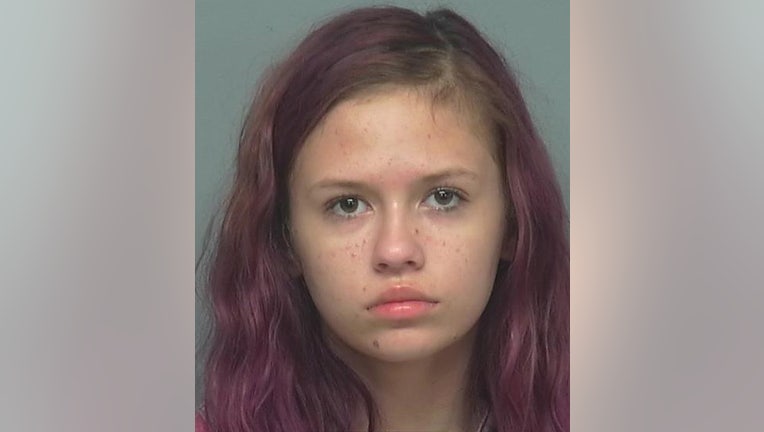 HEMPSTEAD, Texas - The woman charged in the murder of a Kingwood man has been taken into a custody, according to the Montgomery County District Attorney's Office.

Emma Presler, 19, was arrested in Hempstead and transported to Montgomery County jail.

Presler is accused of going to the home of 33-year-old Devin Graham, dousing him in a substance, and setting him on fire. Graham died from the injuries.

His 26-year-old wife, Karissa Lindros, was also critically burned in the incident.

Presler made headlines last year when she was charged with murder in the slaying of Sierra Rhodd, 20, who died after her home was riddled with bullets in a drive-by shooting.

A judge later ruled that he found no probable cause because, while it was suspicious, there wasn't enough evidence against Presler.

According to FOX 26 reporter Randy Wallace, Presler had been a fugitive four months.

After the charges were dropped in the Sierra Rhodd murder, Presler received a felony bond for credit card abuse.

While she was out on a felony bond, she was charged with yet another felony.

19-year-old spends months as wanted fugitive, now charged with murder in the death of man set on fire

The DA’s office asked her judge to revoke Presler’s bond and put her in jail. Instead, the judge gave her another felony bond.

READ RELATED: 19-year-old spends months as wanted fugitive now charged with murder in the death of man set on fire