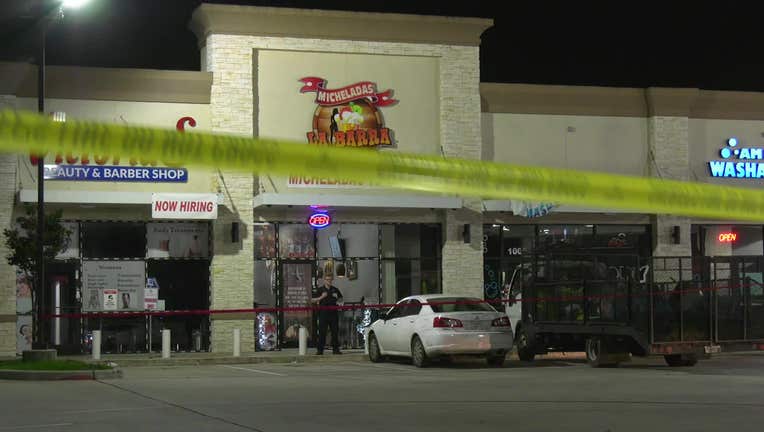 HOUSTON - A man was fatally shot inside of a bar in northwest Harris County, and the suspect may be headed to South Texas, the sheriff’s office says.

When deputies arrived on the scene, they found a man shot inside of the bar. He was pronounced dead at the scene.

According to the sheriff’s office, surveillance video showed seven to eight men inside of the bar, when two of the men started fighting.

Deputies say one of the men produced a pistol and discharged the pistol, striking a 24-year-old man.

The sheriff’s office says the suspect fled the bar in a 2009 silver Chevrolet Malibu with Texas license plate JLX3508. He is believed to be headed to Laredo authorities say.

Investigators are working to confirm the identity of the suspect and expect to file criminal charges later on Monday.

Anyone with information about the shooting or the location of the suspect vehicle is asked to contact the Homicide Unit at (713)274-9100, or 911. The sheriff’s office says the suspect should be considered armed and dangerous.