FOX 26 Reporter Tiffany Justice has the latest on what happened following a fight that escalated into a stabbing at Wharton High School on Wednesday afternoon.

According to Wharton Police Chief Terry Lynch, at around 1:20 p.m., police received a call of multiple stabbings at Wharton High School. 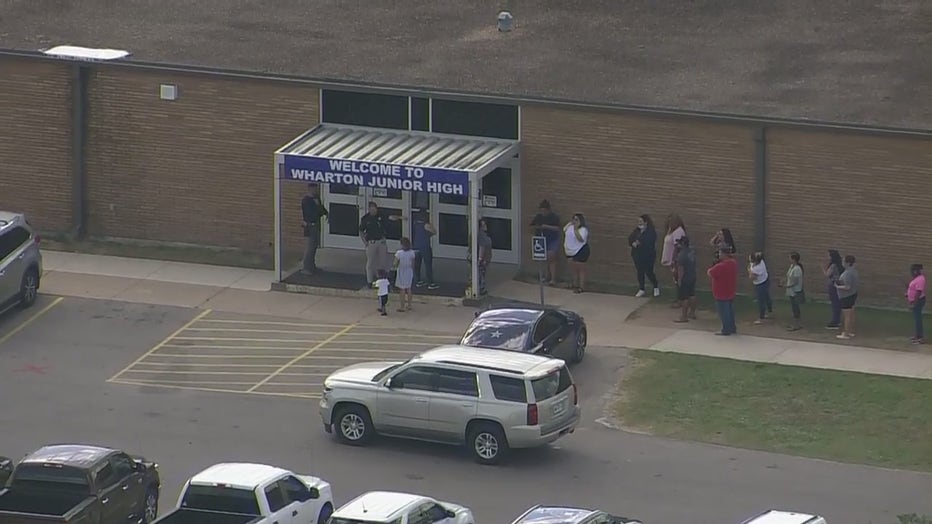 As a result of the brawl, both Wharton High School and Wharton Junior High were placed on lockdown

Lynch said when Wharton Police and Wharton County Sheriff's Office arrived on scene, they were pointed in the direction of where the suspect or suspects were located.

Lynch said two persons of interest were taken into custody quickly at that time.

Wharton ISD officials provide the latest information following a fight that turned into a stabbing at Wharton High School on Wednesday afternoon.

Two students, who were injured in the brawl, were life-flighted to Houston-area hospitals. School officials said both students are conscious and in stable condition.

Lynch stated a total of six individuals were taken to the Wharton Police Department for further investigation, including the person who stabbed the two students.

MORE STORIES OUT OF WHARTON COUNTY

Further investigation revealed, along with video surveillance from the cafeteria, the suspect who stabbed the two students was jumped by other students, and was being assaulted.

As a result of that action, Lynch said the suspect pulled out a bladed object, stabbed the two students, and fled the scene.

Lynch stated a total of three 17-year-old's, including the suspect who stabbed the two victims, are facing charges.

Lynch added the threat was internal, not external as it was a fight that went awry.