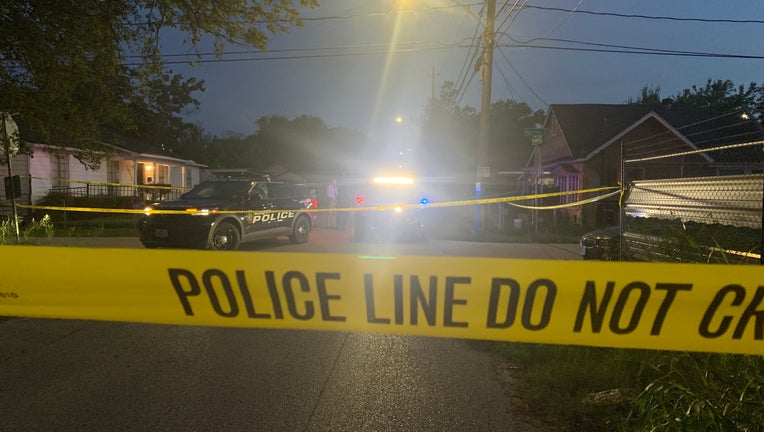 Photo from the scene of the shooting in Houston's Fifth Ward.

HOUSTON - An investigation is underway after a 15-year-old was killed in Houston's Fifth Ward on Monday evening.

Officials said the shooting occurred on the 2900 block of Brewster Street, just after 6:15 p.m.

When first responders arrived on the scene, they found the teen shot in the torso.

The teen was taken to Memorial Hermann Hospital where he later died.

Authorities said a vehicle was seen leaving the scene.

Police said they are reviewing video and interviewing witnesses.

If you have any information on this shooting, contact Houston police or Houston Crimestoppers.