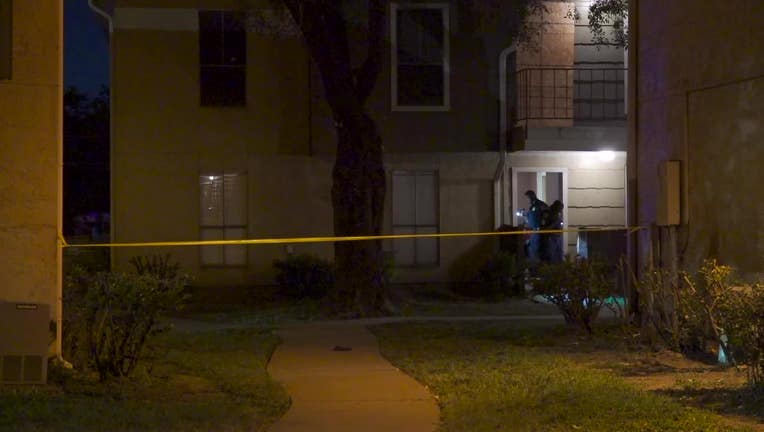 HOUSTON - One man is dead and another is in the hospital after a shooting during a home invasion in southeast Houston, police say.

The shooting occurred around 12:30 a.m. Wednesday in the 1200 block of Redford Street.

According to HPD, multiple people were in the apartment when two suspects somehow got in and started shooting.

Two men who were in the apartment were shot. One died at the scene, and the other man was taken to the hospital.

According to police, after the shooting, the suspects rummaged through the apartment, but it’s unclear if they took anything. Authorities are still searching for the suspects.

Police say hours earlier, around 3 p.m., there was another shooting in front of the apartment, but it’s not known if the shootings are related.