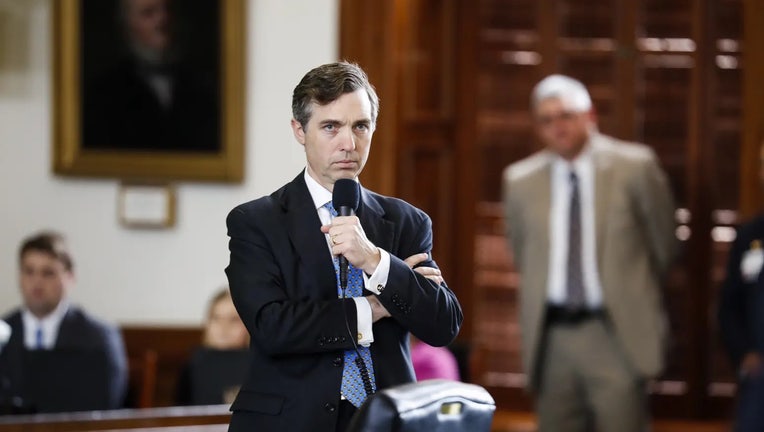 "About a year ago, I made a horrible mistake that has caused deep hurt and pain among those I love most in this world," U.S. Rep. Van Taylor wrote in an email to supporters. (Photo credit: Bob Daemmrich for the Texas Tribune)

U.S. Rep. Van Taylor, R-Plano, has decided to end his reelection campaign after he was forced into a primary runoff amid 11th-hour allegations of infidelity.

Taylor made the stunning announcement Wednesday, hours after he finished his five-way primary with 49% of the vote, just missing the cutoff for winning the primary outright. The runner-up was former Collin County Judge Keith Self, who is now likely to become the next congressman for the 3rd District.

"About a year ago, I made a horrible mistake that has caused deep hurt and pain among those I love most in this world," Taylor wrote in an email to supporters. "I had an affair, it was wrong, and it was the greatest failure of my life. I want to apologize for the pain I have caused with my indiscretion, most of all to my wife Anne and our three daughters."

The day before the primary, the conservative outlet Breitbart News posted a story, which The Texas Tribune has not been able to independently verify, that claims that Taylor had a month-slong affair with a Plano woman, Tania Joya, who alleged he paid her $5,000 to keep quiet. The publication reported that she provided it a phone screen shot purporting to be communications with Taylor and a bank record showing that $5,000 had been deposited into her account.

Taylor is married with three children.

Joya is known as a former jihadist who was once married to a commander for the Islamic State. Tabloids have referred to her as "ISIS bride."

Efforts to reach Joya were not immediately successful Wednesday.

Taylor has until March 16 to remove his name from the runoff ballot, which he plans to do, according to a spokesperson. After he does that, Self is automatically the Republican nominee for the district. There is a Democratic nominee for the seat, Sandeep Srivastava, but they face long odds after the district was redrawn last year to favor Republicans.

Taylor, a former state senator, was first elected in 2018 to represent the 3rd Congressional District in the Dallas suburbs. His four primary challengers on Tuesday criticized his vote last year for a commission to investigate the Jan. 6, 2021, attack on the U.S. Capitol.

Self got 27% behind Taylor in the primary Tuesday. He was followed by Suzanne Harp at 21%, and the two remaining challengers were in the low single digits.