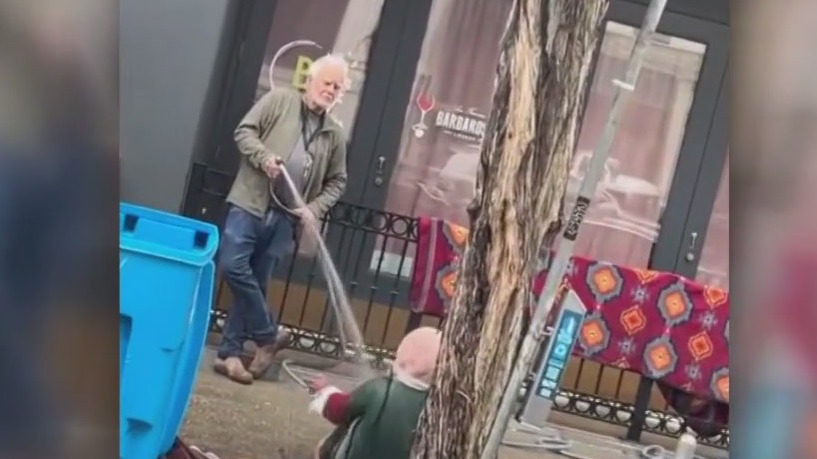 An art gallery owner in San Francisco is under fire after he was caught on camera spraying a homeless woman. He claims he was cleaning when she refused to move and spit and yelled at him, so he turned the hose on her and refuses to apologize.

The severe weather to slam the Bay Area in recent weeks have resulted in torrential rains, flooding, mudslides, and powerful lashing winds that have knocked out power and brought down once-towering trees. On Tuesday, there was also hail, thunder, and lightning.