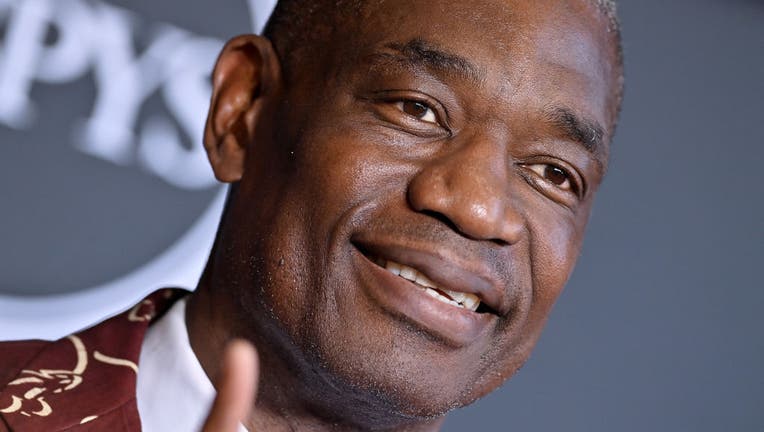 Basketball Hall of Famer and eight-time NBA All-Star Dikembe Mutombo is receiving treatment for a brain tumor in Atlanta.

"He is receiving the best care possible from a collaborative team of specialists in Atlanta and is in great spirits as he begins treatment," Mutombo's family said in a statement distributed by the NBA.

The family did not release any other details on how Mutombo learned about the tumor but said they are thankful for all the well wishes.

"Dikembe and his family ask for privacy during this time so they can focus on his care," the league said. "They are grateful for your prayers and good wishes."

Mutombo, 56, played 18 NBA seasons for the Denver Nuggets, Atlanta Hawks, Philadelphia 76ers, New Jersey Nets, New York Knicks and Houston Rockets. He retired from the league after the 2008-09 season and was inducted into the Naismith Memorial Basketball Hall of Fame in 2015.

"Our thoughts and prayers are with Dikembe, one of the world’s great humanitarians," NBA Commissioner Adam Silver said in a statement Saturday.

Mutombo has been one of the NBA's global ambassadors for years and recently appeared at Hall of Fame enshrinement events in Springfield, Massachusetts.

He was also seen at preseason games in Saitama, Japan.

Mutombo played college basketball at Georgetown, was an eight-time NBA All-Star and was named defensive player of the year four times.

His signature finger wag was commonly seen after he blocked a shot attempt.

In August, Mutombo returned to his native country of Congo, where he made an appearance with U.S. Secretary of State Anthony Blinken.

Mutombo speaks nine languages and founded the Dikembe Mutombo Foundation in 1997, concentrating on improving health, education and quality of life for the people in the Congo.

Mutombo speaks nine languages. In 1997, he founded the Dikembe Mutombo Foundation with the mission of improving health, education and quality of life for the people in the Congo.