The retired boxer can thank driver Kaz Grala for leading The Money Team Racing into Sunday’s season-opener with a last-lap pass that earned him a spot in NASCAR’s biggest race.

The 23-year-old Grala overcame a speeding penalty on pit road to catch J.J. Yeley and advance Thursday night in a Daytona 500 qualifying race.

Score another KO for Mayweather.

"I went from puke to puke," Grala said. "Puking nervous to puking excited at the end."

Daytona marks the official debut of The Money Team Racing after a lengthy delay.

Grala took the No. 50 Chevrolet — a number chosen in a nod to Mayweather’s 50-0 record — into a race as one of the open cars that had to race its way into the Daytona 500. 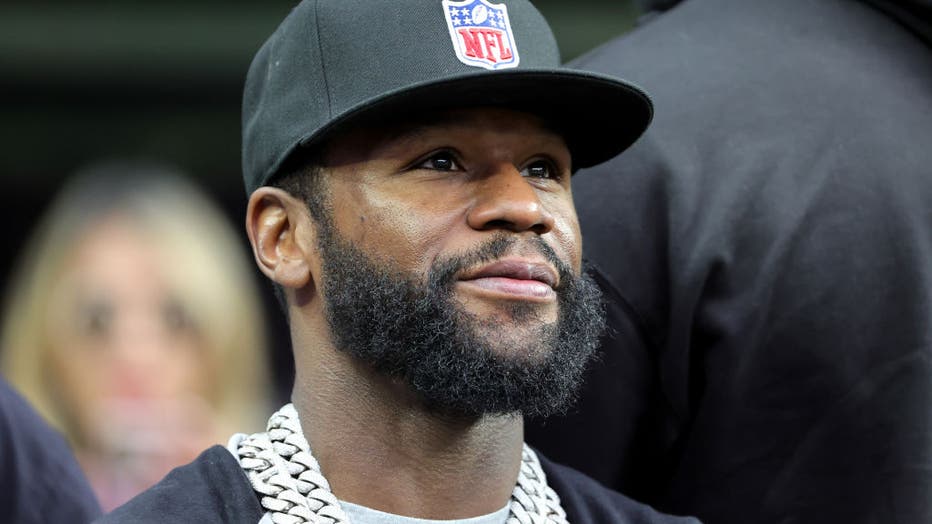 Six teams came to Daytona battling for four "open" spots in Sunday’s 40-car field. Two spots were filled in time trials — former Formula One champion Jacques Villeneuve will make his Daytona 500 debut, as will Noah Gragson for Beard Motorsports — and one spot was available in each of the two qualifying races.

Grala had to be the highest finisher among the "open" teams and got Mayweather into the Daytona 500 with an 18th-place finish.

"There really was no option but to make this race," Grala said.

Mayweather - part of the recent NASCAR wave of celebrity ownership that includes Michael Jordan and Pitbull — did not attend the race. But he did FaceTime with Grala before the race and offered his young driver some encouragement.

"He was so pumped up about it. He was ready, jacked up and really confident in us," Grala said. "That was a cool pep talk to get, not one that I’ve ever gotten before. Definitely a cool moment for us."

Mayweather told the team he could show up for the Daytona 500 and be part of a sold-out crowd expected to top 100,000 fans. 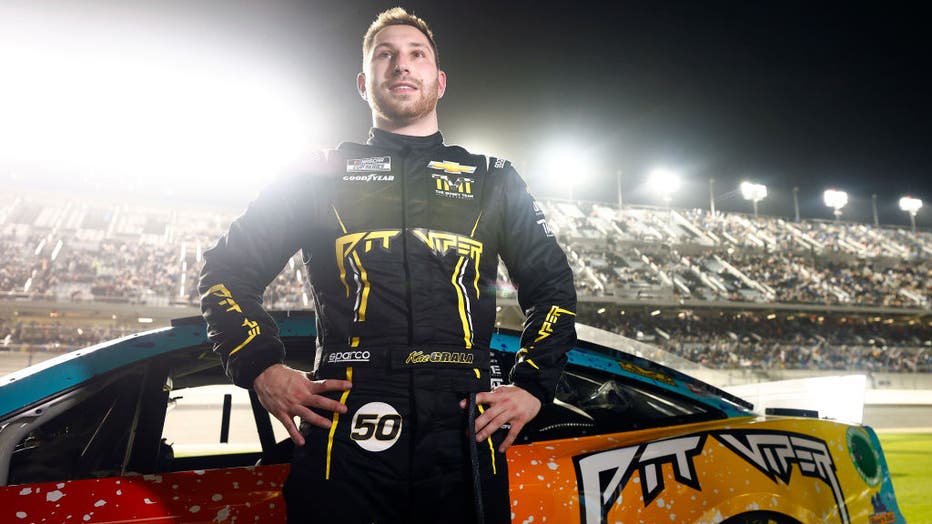 "He’s really going to get obsessed with this just like we all are," Grala said.

RELATED: Biffle trying to race into Daytona 500 after 5-year absence

"Kaulig Racing last year had everything buttoned up," Grala said. "They were an existing team; it was a lot easier, so pretty much turnkey, came here and raced. But as far as the duel, I would say it was more hectic this year, at least from a stress perspective for me."

He also won the season-opening Truck Series race in 2017 at Daytona.

Auchmoody said he put on sunglasses from sponsor Pit Viper to hide his tears as the team clinched a spot but it didn’t work.

"They were clear," he said, laughing.

Auchmoody said there were some dire moments until Grala got hot late.

"We went from, we’re not going to make it to, holy mackerel, we’re going to make the Daytona 500," he said. "I wanted to just not have it be so dramatic. Being that we came out on the good side of it, I’ll take the drama."