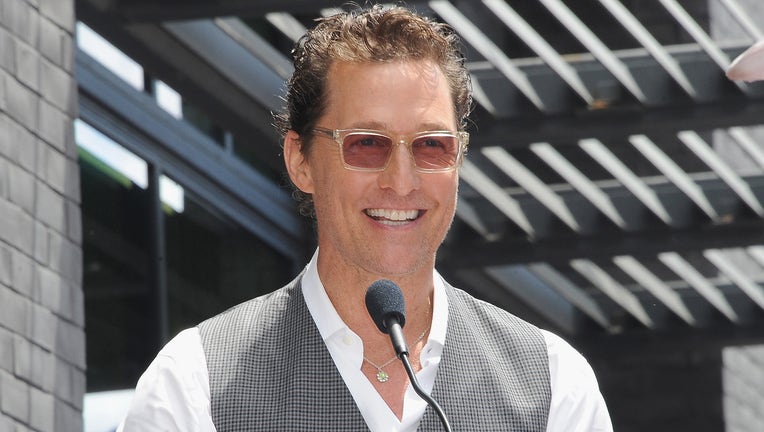 HOLLYWOOD, CA - MAY 22: Matthew McConaughey speaks at Guy Fieri's Star Ceremony On The Hollywood Walk Of Fame on May 22, 2019 in Hollywood, California. (Photo by Albert L. Ortega/Getty Images / Getty Images)

Houston Texans quarterback Deshaun Watson was slated to make the “Play Ball” call, but he had a minor setback with his left eye injury. He will make the trip to London and will play Sunday with the Houston Texas, but his eye is swollen and he needs to rest. He won’t be able to be at Minute Maid Park.

The winner-take-all Game 7 of the World Series between the Houston Astros and the Washington Nationals is at Minute Maid Park on Wednesday.

Former Houston Astros and Hall of Famers Jeff Bagwell and Craig Biggio will throw out the ceremonial first pitches before the game.

You can watch the World Series on FOX.