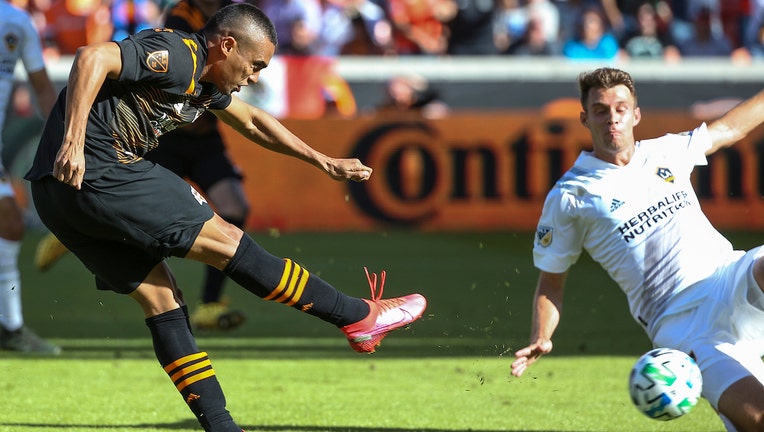 HOUSTON - The Houston Dynamo opened its 15th season with a 1-1 draw with the LA Galaxy in front of a sold-out crowd Saturday at BBVA Stadium.

The Galaxy took the lead in the 13th minute after forward Cristian Pavón shot the ball into the upper right corner that gave Dynamo goalkeeper Marko Marić little chance at the save.

Forward Mauro Manotas scored the equalizer for the Dynamo off a through ball from Zarek Valentin in the 54th minute. The Colombian forward shielded the ball away from a Galaxy defender and beat Bingham with a low shot to the far post.

The goal was Manotas’ 49th in league play, leaving him one shy of tying Will Bruin for second in Club history with 50.