HOUSTON - "Growing up where I'm from a lot of people don't make it out," said an emotional Deshaun Watson to the media on Saturday.

The Houston Texans held a press conference after the quarterback agreed to a 4-year contract extension over the weekend.

The man got paid, his contract is worth an estimated $39M per year. It is the second-largest average per year in the NFL behind Patrick Mahomes' 10-year deal with the Kansas City Chiefs.

RELATED: WATSON'S CONTRACT BY THE NUMBERS

The Texans surprised Watson by putting his family, his former head coach Dabo Swinney and a host of others on a zoom call with him.

Watson led Clemson to a National Chamionship over Alabama in 2017.

His family members echoed how proud they were of his growth not only as a football player but as a man. 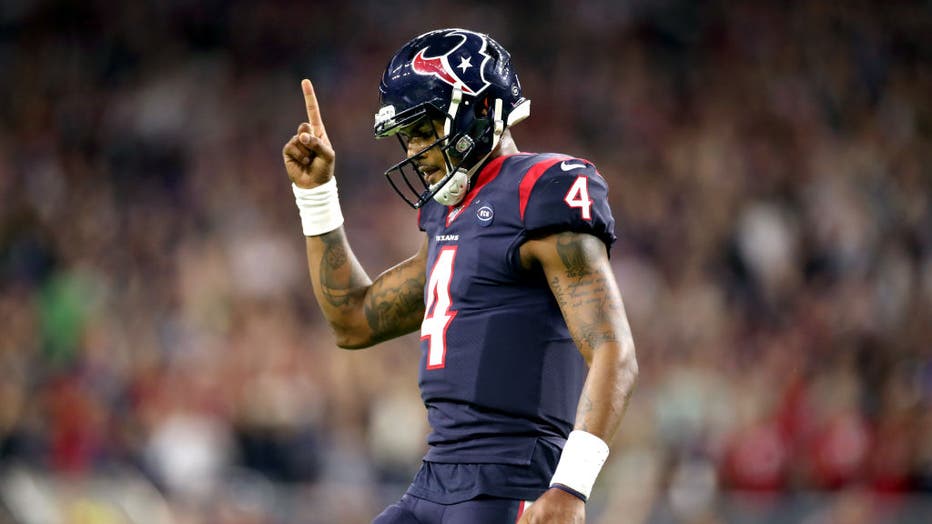 HOUSTON, TEXAS - JANUARY 04: Deshaun Watson #4 of the Houston Texans celebrates a touchdown pass against the Buffalo Bills during the fourth quarter of the AFC Wild Card Playoff game at NRG Stadium on January 04, 2020 in Houston, Texas. (Photo by Chr

Listening to his peers, the Georgia native couldn't help but break down in tears.

You can watch the full press conference below: