DAYTONA BEACH, Fla. (AP) - Greg Biffle grabbed a seat on stage and flexed a bicep as he posed for pictures. He smiled, exhaled, and summed up his return to Daytona International Speedway in four words:

The former NASCAR Cup Series regular is trying to make the Daytona 500 for the first time since 2016. He agreed to drive for a start-up team, New York Racing, and will have to race his way into the 40-car field during Thursday night’s Duel at Daytona. Biffle likely will have to only beat fellow non-charter driver Timmy Hill across the finish line at the end of the 60-lap race to secure a coveted spot in "The Great American Race."

"We’re going to be as aggressive as we have to be," Biffle said.

Biffle and New York Racing should be accustomed to the pressure. After all, they’ve been hustling to make deadlines for the last few months just to get to Daytona. 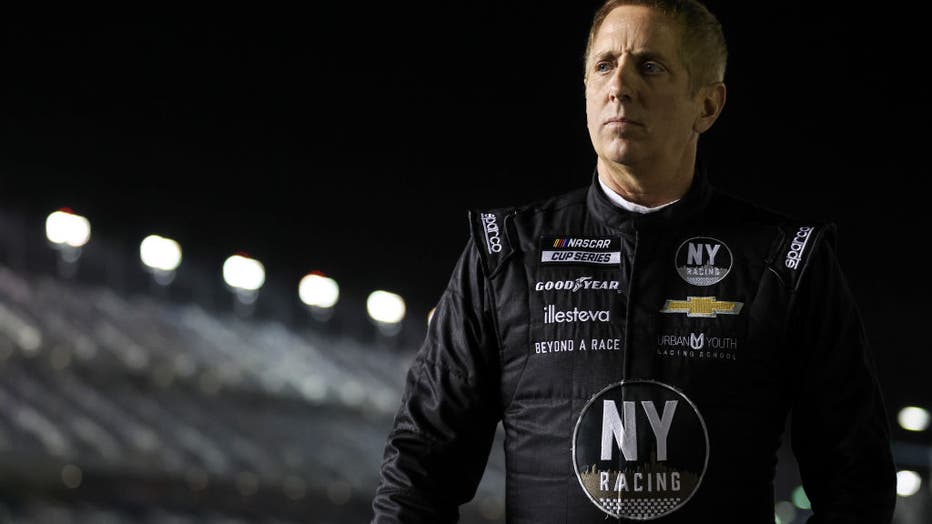 "It was certainly last minute," said Biffle, who notched 19 Cup wins over 14 seasons with Roush Racing.

Biffle’s return started several years ago when budding team owner John Cohen called him out of nowhere and asked whether he’d be interested in driving for him. They spoke on and off every few months, trying to stay abreast of pitfalls and progress.

Cohen, 46, spent much of the past decade struggling to build cars capable of competing at NASCAR’s highest level. He has 17 starts as an owner in the Cup Series, working with drivers David Reutimann, Scott Riggs, Hill, JJ Yeley, and Reed Sorenson.

He saw a better opportunity with the debut of the "Next Gen" car, which is designed to lower operating costs and tighten the playing field. He partnered with Rev Racing, the competition arm of NASCAR’s Drive for Diversity Program, and got backing from Chevrolet that included a car from Richard Childress Racing and an engine from powerhouse Hendrick Motorsports.

Cohen has his alma mater, Grambling State University, and HBCU League Pass Plus on board as sponsors for the No. 44 Chevy.

Landing Biffle for the Daytona 500 attempt was key.

"I wanted a veteran to come in and get my team up and running," Cohen said. "And then we’ll try to develop a young driver like Rajah Caruth or Lavar Scott out of the diversity program and bring them up and give them an opportunity to have a car, knowing they had a car just to make it a little easier."

The venture already has been a challenge.

Biffle got no simulator or testing time in the new car. He drove to RCR’s shop a few times to check it out, but the car wasn’t finished until last Friday. The team worked feverishly over the weekend to wrap the body and load the car for its trip to Daytona.

Biffle climbed into the cockpit for the first time Tuesday with no idea how the car would drive and didn’t even know how to get it started.

"I was nervous, really nervous," Biffle said. "I just didn’t want to make a mistake that was going to cost a team."

It wasn’t like the 52-year-old Biffle was in full retirement mode. He had been racing in a sand series since he left the Cup Series at the end of 2016 and even drove in Tony Stewart’s all-star SRX Racing Series last year. He still fabricates cars in his shop, runs a quarry in Virginia and has a 1 ½-year-old son keeping him busy.

Still, he was Cohen’s pick even before he raced in the Truck Series in 2019 and won at Texas with Kyle Busch Motorsports – his first Trucks race in 15 years. Biffle joked he’s expecting a similar triumphant return at Daytona.

That would be a shocker considering Biffle wasn’t even certain the ride would come together late last year. When it did, he started to get nervous. He called close friends Kurt Busch and Ricky Stenhouse Jr. to get a crash course on the new car and got similar feedback from both — the kind he hopes will help him make the 500.