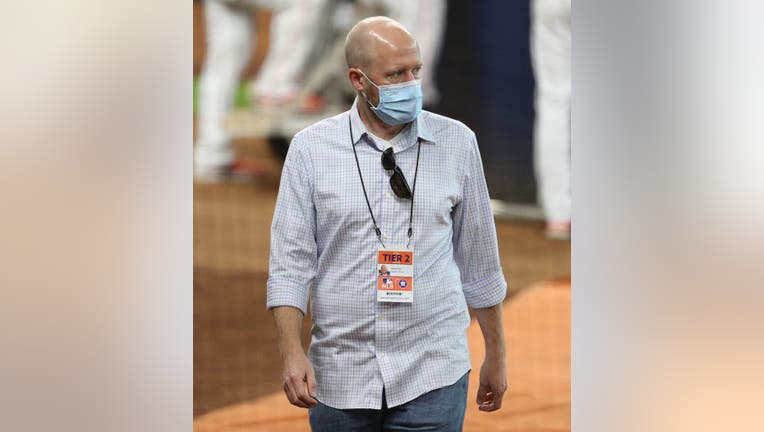 Click worked for the Rays for 14 years and was their vice president of baseball operations during the last three seasons he was there.

"It’s surreal,” Click said in an interview with FOX 26 Sports. “It’s one of the things that all of us in this game have to deal with from time to time if we’re lucky and if we’re successful. It’ll be fun to see those guys. I couldn’t be happier for them and all the success that they’ve had. I was there for 14 years. I know almost everybody there. I’ve known a lot of people there for a long time. They’re some of my closest friends and just couldn’t be happier for them. They deserve the success that they’re having.

“Look, I was pulling for them. I was, but at the same time now that they’re here the focus is try and figure out how to beat them, how do we get past them and get to the World Series.”

While Click is very happy for the Rays, there is just a chance his knowledge of that organization will be beneficial to the Astros in the ALCS.

“Any of us who have been with another organization and see that organization have success after we leave, have a little bit of pride,” Click said. “I hope that I had a little something to do with it. Obviously, the players are the ones who have the success on the field and there’s a huge organization behind them.

“Now that I’m here, hopefully there’s things that I know that I can provide to our guys to give them a little bit of an edge when we get on the field on Sunday.”

The Astros open the ALCS against the Rays Sunday night in San Diego at Petco Park.

Click’s Astros are 5-1 in the postseason and he believes what they have been doing of late is the recipe for success going forward.

Click is very proud of what the Astros have had to overcome to get where they are today.

“The first message is always thank you,” Click said. “We appreciate your support. It’s obviously tough being out there without them and not having them there with us.

“We know that they’re cheering us on and we hope that we give them something else to cheer about.”