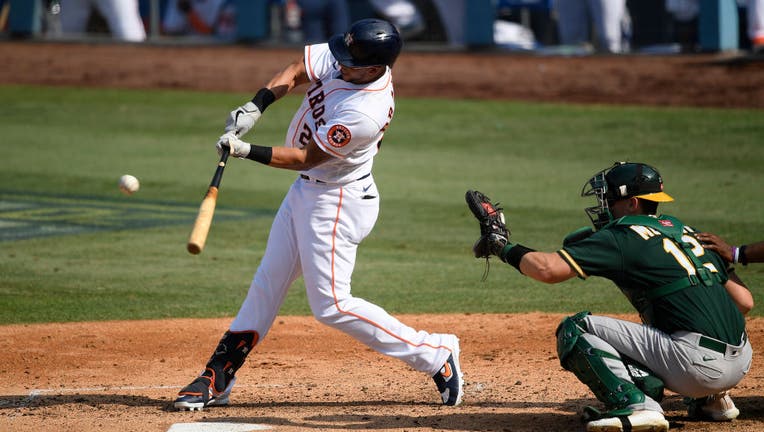 LOS ANGELES, CALIFORNIA - OCTOBER 08: Michael Brantley #23 of the Houston Astros hits a single against the Oakland Athletics during the sixth inning in Game Four of the American League Division Series at Dodger Stadium on October 08, 2020 in Los Ange

LOS ANGELES - The Houston Astros are continuing their quest to win another World Series title.

The Astros defeated the Oakland A’s by a final score of 11-6 on Thursday afternoon in Game 4 in Los Angeles and won the series 3-1.

The series featured numerous home runs by both teams.

With the Astros win Thursday, they will advance to the American League Championship Series and will face either the New York Yankees or Tampa Bay Rays in San Diego on Sunday.