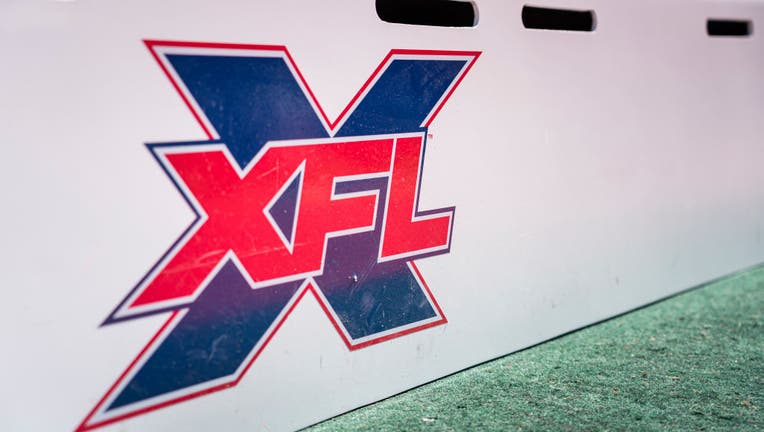 A view of the XFL logo on the sidelines before the XFL game between the DC Defenders and the St. Louis Battlehawks at Audi Field on March 8, 2020 in Washington, DC. (Photo by Scott Taetsch/Getty Images)

The XFL’s future appeared to be in doubt as COO Jeffrey Pollock said in a Friday conference call that all employees had been laid off, according to multiple reports.

Pollock said the league was suspending operations, ESPN and NFL Network reported. The XFL has not played a game since March, after the coronavirus shut down sports across the U.S.

The XFL’s future appeared to be in doubt as COO Jeffrey Pollock said in a Friday conference call that all employees had been laid off, according to multiple reports.

According to XFL News Hub, the league planned to use a “skeleton crew” of executives to continue work at league headquarters in Connecticut. There would not be any more XFL football for the rest of the year.

The XFL has not officially announced it suspended all operations.

The XFL canceled the remainder of its rebooted season last month. Officials had hoped that they would be able to play again in 2021.

“Currently, the XFL will not be playing its regular-season games. However, all players will be paid their base pay and benefits for the 2020 regular season. All XFL ticket holders will be issued refunds or credit toward future games. The XFL is committed to playing a full season in 2021 and future years,” the league’s statement read at the time.

XFL players are able to sign with NFL or Canadian Football League teams.

The XFL season ends with the DC Defenders leading the XFL East over the St. Louis BattleHawks, New York Guardians and Tampa Bay Vipers. The Roughnecks remain undefeated and leading the XFL West over the Dallas Renegades, Los Angeles Wildcats and the Seattle Dragons.