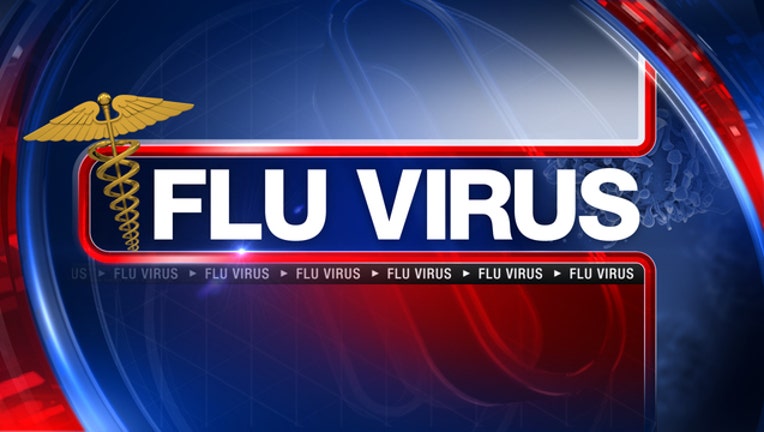 NEW YORK (AP) - The worst of the nation's nasty flu season is finally over.

The season apparently peaked in early February and has been fading since, health officials said Friday. The number of people going to the doctor with symptoms of the flu has continued to decline. Deaths from the flu or pneumonia are going down, too.

While the peak may have passed, the season isn't finished yet. Reports of flu remained widespread in 45 states, the Centers for Disease Control and Prevention reported.

"The season's not over but we're definitely on the downward trend right now," said Dr. Anne Schuchat, the CDC's acting director.

Flu usually takes off after Christmas and peaks around February. This season started early and was widespread in many states by December. In early January, it hit what seemed like peak levels - but then continued to surge.

It had been driven by a kind of flu that tends to put more people in the hospital and cause more deaths, and officials lately are seeing less of that. But another kind that hits children hard has picked up steam. So far this season, health officials say 114 children have died from the flu.

Making a bad year worse, this year's flu vaccine didn't work very well and health officials are trying to figure out why it did so poorly.

Flu is a contagious respiratory illness, spread by a virus. It can cause a miserable but relatively mild illness in many people, but a more severe illness in others. In a bad season, there are as many as 56,000 deaths connected to the flu.

In Friday's report, the CDC said one key measure showed doctor visits last week for fever, cough and other symptoms of the flu dropped again, down to 1 in 20 visits. The number of states reporting heavy patient flu traffic last week dropped to 32.

Amber Smith, a recruiter for a furniture store chain in Charlotte, North Carolina, thought she didn't have to worry about the flu after a wave of illnesses that hit her company's warehouse in January and February seemed to fade. But she started to feel sick Monday and found out she had the flu. She hadn't gotten a flu shot; her boyfriend did and he hasn't been sick.

"I feel like my head weighs 20 pounds," said Smith, who tried to go to work Friday, but was sent home after a morning meeting. "But my throat isn't as sore. I feel like the flu is running its course."