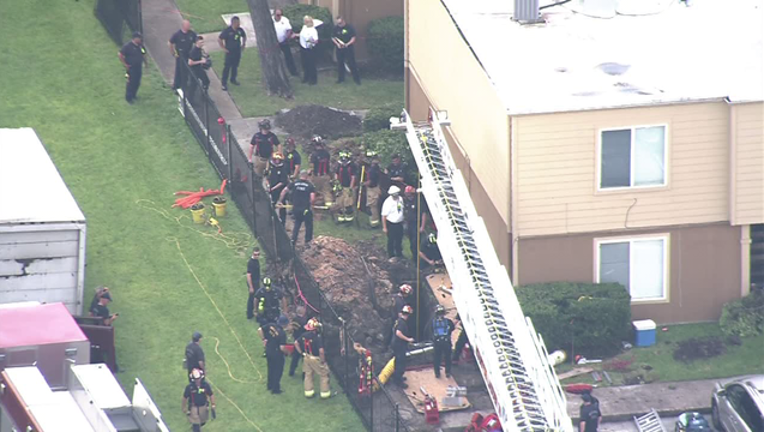 HOUSTON (FOX 26) - A worker was rescued from a trench that collapsed in southwest Houston.

The man was put in an ambulance and gave a "thumbs up" sign.

Rescue crews responded to the scene on Wednesday afternoon at an apartment complex on Cook Road at Corona Lane.

Dirt caved in on a worker, who reportedly was conscious during the resuce.

No word on the injuries or what caused the trench to collapse.