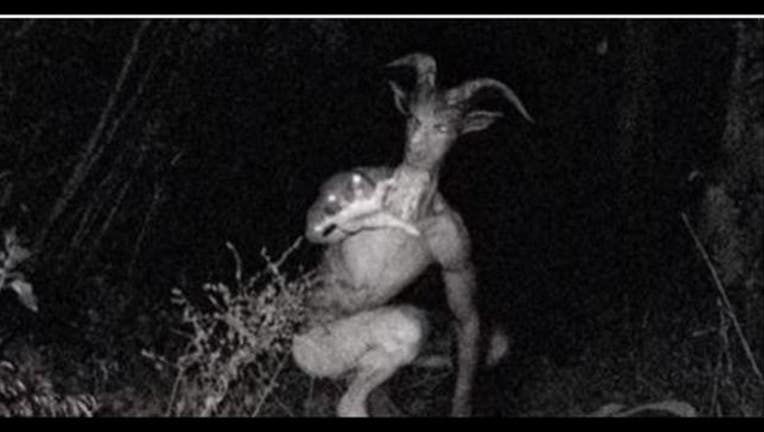 (FOX NEWS) - An Ohio woman was struck by a train and killed while investigating a spooky urban legend about a part-man part-goat creature.

26-year-old Roquel Bain and her boyfriend heard about the "Pope Lick Monster" while visiting Louisville, Kentucky.

The creature is rumored to live beneath the tracks of a train trestle over Pope Lick Creek in east Lousiville and emerge when the trestle is crossed.

The couple decided to investigate. But when they made it onto the trestle, they were surprised by an oncoming train. When they realized they couldn't make it off the trestle in time, they decided to hang off the side. But Bain was struck by the train and fell an estimated 80-100 feet. She was pronounced dead at the scene.