HOUSTON - One of three people severely injured in a pedicab hit-and-run on Tuesday after an Astros game spoke with FOX 26.

Gloria Fuentes was heading home after the Astros game on Tuesday with a colleague. The next thing she can remember is waking up in the hospital.

"After the game we were getting in the little taxi bike and that’s all I remember," says Gloria Fuentes, who is now severely injured on her body and face. "I'm blessed to be alive, but I don’t deserve this. "

Fuentes says she left the game with a smile on her face because the Astros came away with a win that night. But now, her focus is recovery. 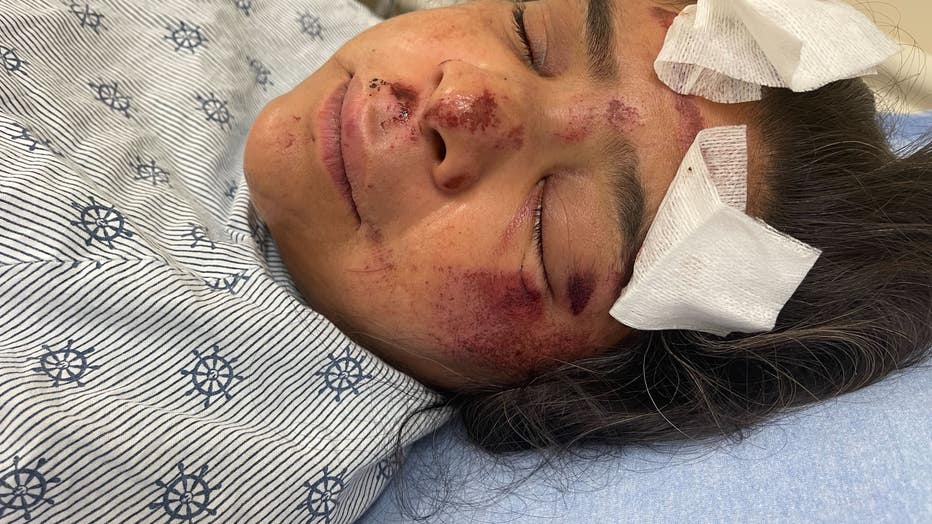 Police say it happened right at Austin and Capitol, near Minute Maid Park. The car that police are trying to identify, hit them from behind.

"It was quick. We were talking discussing payment,. I remember that wasn’t even two seconds," says Fuentes. "I don’t remember the next thing, all I remember is waking up in the hospital."

A happy soul, her family says she’s known for her smile, but Gloria tells us, she can’t believe that driver didn’t stop.

"I was under the bike," says Fuentes. "I have a fractured side of the face, fractured fingers, and I know my teeth are inside my gums."

"Why wouldn’t somebody stop to see if we were ok?" says Fuentes. "Just come forward please, please just man up and own up to what you did because this is not nice at all."

After the hit-and-run, Gloria was discharged with her injured family and felt the need to bring her to another hospital.

They say she's not been able to receive the care they believe she needs. They drove to Austin Thursday.

"I need them to make sure I’m ok, to make sure that I’m getting the proper treatment that needs to be done," says Fuentes. "I need medical attention. "

Police say they're trying to ID the car, and are looking for surveillance video or any additional witnesses.

Anyone with information is urged to call the Houston Police Department or Crime Stoppers.