A woman was severely injured when a firework reportedly exploded in her face in Fort Bend County, just outside of Sugar Land.

SUGAR LAND, Texas - A woman was taken to the hospital by Life Flight after she was injured by a firework in Fort Bend County, just outside of Sugar Land.

People were reportedly using a parking lot near Highway 6 and Voss Road to set off fireworks.

Around 11:30 p.m. Sunday, the woman reportedly lit a firework but didn’t clear the blast radius before it detonated. 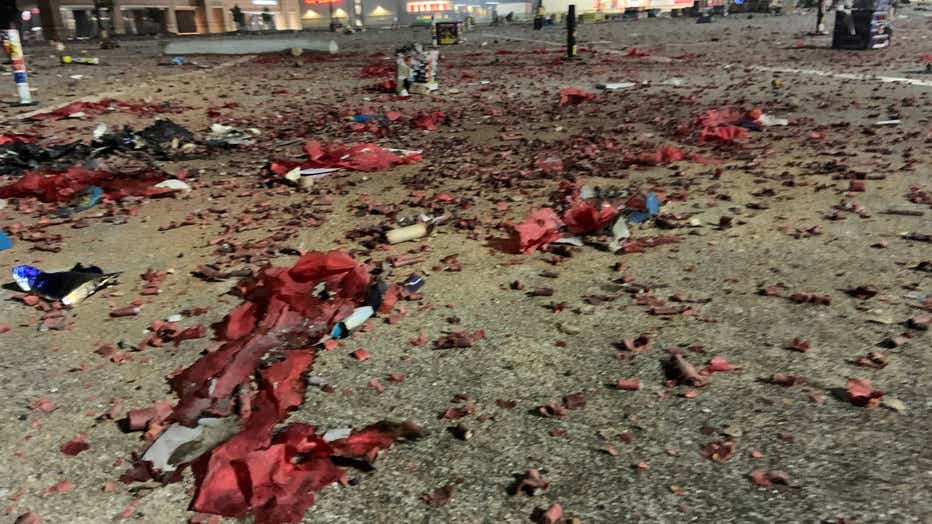 Fireworks debris left in a parking lot just outside of Sugar Land.

The Fort Bend County Sheriff’s Office and EMS responded to the scene. The woman, believed to be around 30 years old, was described as having significant injuries to her face.

Life Flight transported the woman to the hospital. Her condition is unknown.