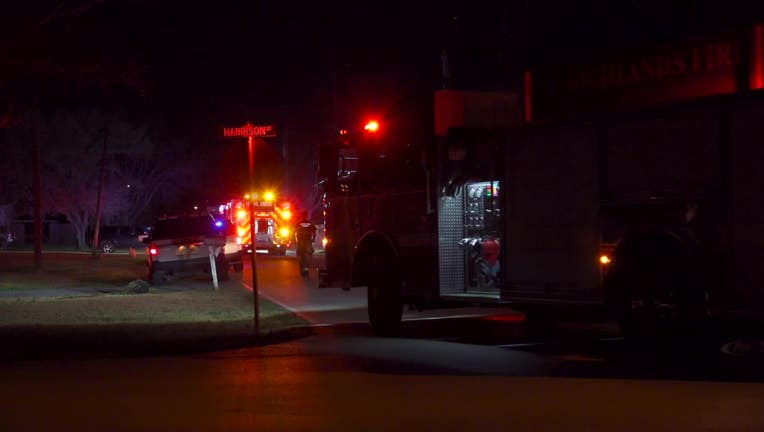 The Highlands Fire Department responds to a house fire on Harris Street near Baytown.

BAYTOWN, Texas - Authorities say an 89-year-old woman was hospitalized with serious burns after a house fire in east Harris County.

The Harris County Fire Marshal’s Office is working to determine the cause of the fire that occurred Tuesday night in the 2300 block of Harris Street.

Authorities say the woman’s granddaughter discovered the fire when she arrived at the home, and she found her grandmother in the bedroom. She called 911.

The Highlands Fire Department responded to the scene and found heavy smoke coming from the bedroom.

The Fire Marshal’s Office says it is believed the bedroom is where the fire started.