THE MISSING: Where is Joshua?

Joshua Davis has been missing for more than a decade. In our ongoing series, FOX 26’s Kaitlin Monte spoke with Joshua's maternal grandmother, Natalie Vargas, about the family's ongoing search.

NEW BRAUNFELS, Texas - The family was watching basketball. Suddenly, their 18-month-old is gone. It's been eleven years. The family of Joshua Davis still believes he's alive.

As part of our ongoing series The Missing, we sat down with Joshua's maternal grandmother, Natalie Vargas, to profile this peculiar case in which police claim family is hiding something, as the family continues their search.

"I just can't help thinking, 'what does he think?'" weeps Vargas, who now serves as the family spokesperson. "Does he think we didn't want him? Does he remember us?"

CONTINUOUS COVERAGE OF THE MISSING

February 4th, 2011. Joshua Davis was with his mother, father, and several grandparents at a mobile home park in New Braunfels, Texas. Vargas says Joshua had been in the bedroom with his pregnant mother.

"It was the coldest day of that year," recalls Vargas. "He was walking and talking, babbling at 18 months old, so he was able to crawl up, walk, and get up and down off the bed himself. He left the bedroom and went to the living room."

THE MISSING: What happens when a loved one goes missing?

FOX 26 Anchor Kaitlin Monte explains the pain families of those missing go through when their loved one goes missing.

She claims more than a half dozen people were in the living room.

"Some people had been drinking. It was the grandpa, the great-grandpa, the dad was out there and there were two family friends there. My daughter--some time had passed, she hadn't seen him come back to the bedroom, so she got up to look and see what he was doing."

None of the family had seen Joshua come out of the bedroom.

"You can see from the bedroom to the living room," Vargas says. "Only one person left the house at that time. One of the family friends."

When they called that family friend he claimed he had just seen Joshua before he left. Vargas claims he said the baby followed him out into the cold, so be brought Joshua back in and said goodbyes to everyone. When neither family nor police could find Joshua that night, investigators contacted that friend.

"That night he did show up to be questioned, but he had an attorney with him," Vargas said.

She believes Joshua is still alive.

"He could have been sold," Vargas explained. "That's always what I felt; somebody wanted a child."

More than 250,000 murder cases across the country are considered cold, which doesn't even include those of missing persons, which is why people like Alex Baber and his wife J-Lynn have devoted their lives to fill in the gap.

If her theory is true, the family hopes Joshua is at least being well cared for.

"If somebody goes through that trouble to spend money to buy a child, or hide a child, then obviously they really want a child," says Vargas.

New Braunfels Police Department does not share Vargas' suspicion. In their most recent statement about the case, NBPD says detectives have ruled out abduction from the home based on a number of factors including statements made to investigators by the family in the hours following his disappearance. 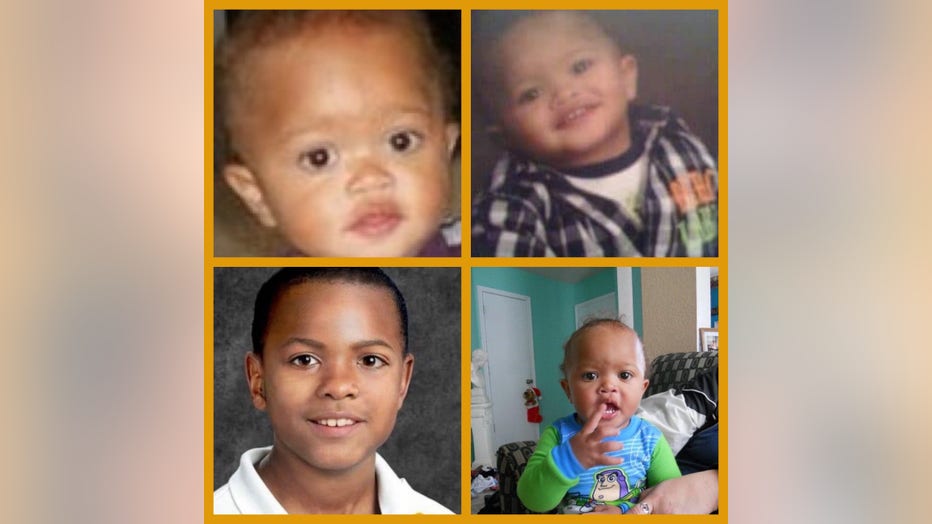 An age progression rendering shows what Joshua may look like today, after more than a decade has passed since his dissapearance

In early 2022 NBPD temporarily upped the reward for information on Joshua's disappearances. They say his case is far from cold, but in their eyes the family knows something that they won't tell. They still consider every person in the home that night a person of interest.

"There's been some scrutiny because from the time that they said the baby was missing up to the 9-1-1 call a couple of minutes had gone by," explains Vargas. NBPD claims it was anywhere from 45 minutes to an hour. "When someone goes missing does anybody look at the clock? Or do you just go search."

NBPD's statement, included at the bottom of this article, claims, "some members of the family have been disingenuous with the media and the community about the facts of the investigation. Even though the family has repeatedly been presented with the facts of the investigation by detectives, there are those who have refused to believe those facts and have continued to propagate misinformation about the case to the media and others."

Police believes Joshua was injured then intentionally removed from the home. They state evidence was found of drugs having been cleaned up and disposed of prior to the 9-1-1 call.

"They came up with this theory that my grandson got hold of drugs and something happened," claims Vargas. "There's never been any evidence there. No one has ever been arrested."

The Missing: Internet safety for children

The News Edge takes a look at a new initiative centered around kids and their habits on the Internet. Oftentimes, a lot of children are building relationships with strangers online that their parents are totally unaware of.

Two weeks after Joshua's disappearance, his mother gave birth to Joshua's brother. They would have grown up together from infancy. Joshua also has a sister, and the family has not hidden Joshua from them.

"They know who he is. They know his name. They know pictures. We celebrate his birthday," says Vargas. "He still gets presents at Christmas. It's hard. I never imagined I'd be here 11 years later. We missed out on so much of his life. But, the real victim is him."

Joshua's family is working with the Texas Center for the Missing in hopes that someone with information on Joshua's whereabouts may yet come forward.

Do you know what happened to baby Joshua? Call 830-620-TIPS or leave a tip online here. You can also contact the New Braunfels Police Department directly at 830-221-4100.

Want to help solve other missing person cases? Visit our web section for The Missing here. Subscribe to the FOX26 Youtube channel to watch The Missing: Live where families go in-depth about their cases.

Want to dig deeper in this case? Watch the full episode of "The Missing: Live" with Joshua's grandmother here.