Walgreens and CVS are preparing to vaccinate millions of residents and staff at long-term care facilities in Texas starting Monday.

DALLAS - Walgreens and CVS are preparing to vaccinate millions of residents and staff at long-term care facilities in Texas starting Monday.

Gov. Greg Abbott on Tuesday received the vaccine in hopes of showing Texans that he trusts it is safe.

Less than a week before vaccinations will be made available to nursing home residents and staff, the governor cited a recent poll showing less than half of Texans are certain they want the shots.

Gov. Abbott rolled up his sleeve in hopes of convincing other Texans to do the same. 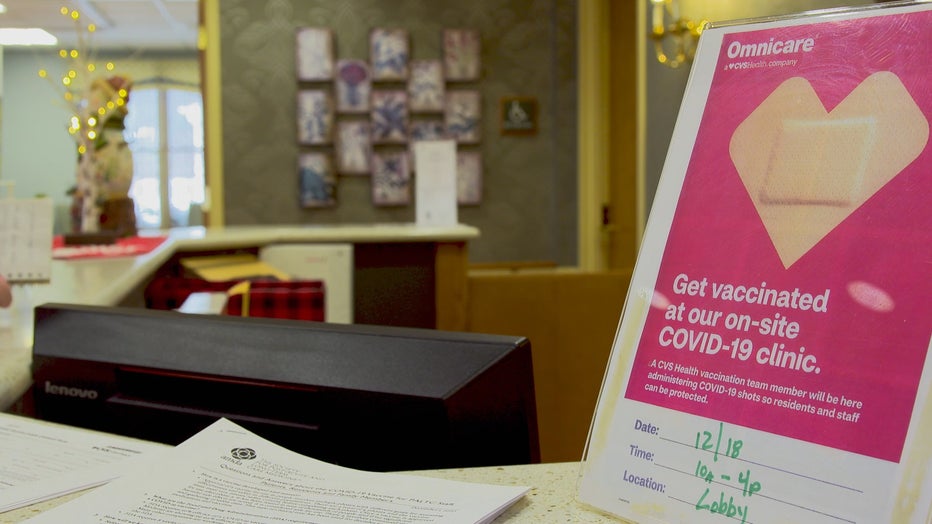 The state's top doctor did the same.

"As we get more and more and more vaccines, this will eventually be what puts the pandemic behind us and makes it part of history," said Texas Dept. of State Health Services Dr. John Hellerstedt.

A big step will start next Monday. CVS and Walgreens are the two government-approved providers that will administer the vaccine, starting with residents and staff at long-term care facilities.

"The expectation is to distribute and administer vaccines across the entire country next week," said Walgreens Chief Medical Officer Kevin Ban.

Walgreens says it is prepared thanks to years of holding flu clinics.

Mary Nichols, whose mother has late stage Alzheimer’s, says she is pleased that the state is now making long-term care residents a higher priority than it originally planned.

"Long-term care residents were near the bottom of phase 1 B. There were morticians and pharmacists and school nurses ahead," she said. "We felt they should be ahead of those. Not first responders because they are critical populations."

Nichols said her mother tested positive for COVID last month. She was then isolated in the COVID unit for a month.

"People like my mother are bedbound," she said. "It’s important for them to have the ability to accept or decline a vaccine."

CVS says it plans to vaccinate 275,000 long-term care patients through the program nationwide, starting in Texas on Monday.

Neither Walgreens or CVS have released a timeline for when they will reach all the long-term care facilities they are partnering with.