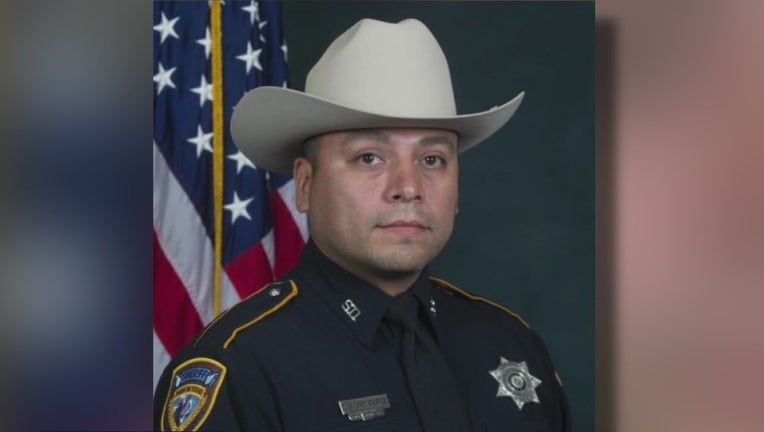 Deputy Almendarez was off-duty when he was killed in the parking lot of a grocery store on March 31. Authorities said he was shot while confronting catalytic converter thieves targeting his truck.

A visitation and funeral service will be held for Deputy Almendarez on Friday, April 8, at Humble First Assembly of God located in the 1900 block of FM 1960 Bypass Road.

The service begins at noon. Following the service, around 1 p.m., police honors will be rendered outside.

After the rendering of honors, a procession scheduled for 2 p.m. will escort the fallen deputy to the burial at Brookside along the Eastex Freeway.

Deputy Almendarez, 51, was a 23-year veteran of the Harris County Sheriff’s Office.

The fallen deputy is described by fellow officers as a beacon of light, and it was just like him to protect and serve, even while off-duty.

Three suspects have been charged with capital murder in his death. The death penalty is being sought in two of their cases.