TUCSON. Ariz. - A former University of Arizona graduate student accused of fatally shooting a professor on campus earlier this month has been arraigned on first-degree murder and multiple other charges.

Dervish was originally scheduled to be arraigned Monday.

It was still unclear if a public defender had been assigned to his case.

Dervish is accused of killing Thomas Meixner, who headed the school’s Department of Hydrology and Atmospheric Sciences and was an expert on desert water issues.

Murad Dervish, a former University of Arizona graduate student, is accused of shooting and killing Thomas Meixner, a professor who headed the school’s Department of Hydrology and Atmospheric Sciences.

Campus police said the Oct. 5 shooting occurred inside the Harshbarger Building, which houses the hydrology department.

The relationship between Dervish and Meixner remains unclear, but a criminal complaint said a flyer with a photograph of Dervish had been circulated to university staff in February with instructions to call 911 if he ever entered the building.

The complaint also said Dervish was "expelled" and "barred from being on University of Arizona property" and he had been the subject of several reports of harassment and threats to staff members working at Harshbarger.

University officials say campus police tried to get Dervish charged two separate times before the shooting. But county prosecutors said there wasn’t enough evidence to charge him with threats or intimidation.

What led up to the arrest

A few hours after the shooting, state troopers stopped Dervish in a van about 120 miles northwest of the Tucson campus, Balafas said.

He had been heading southbound on Highway 85 towards Mexico, just 30 miles south of Gila Bend.

Dervish reportedly refused to pull over for two to three miles, and court documents revealed that authorities had to use a PIT maneuver to stop him.

Police found a .9mm handgun in his car, which officials say matches the approximately 11 shell casings that were found at the murder scene.

According to court documents, Dervish made several impromptu statements before being interviewed by police, including "I hope he's OK, probably wishful thinking," and "I just felt so disrespected by that whole department."

The shooting, which happened on the afternoon of Oct. 5, killed professor Thomas Meixner with UArizona's Department of Hydrology and Atmospheric Sciences. Throughout the day on Oct. 6, members of UArizona's campus community gathered at the Harshbarger Building, where the shooting happened, to remember the victim. FOX 10's Steve Nielsen reports.

The victim was identified as Thomas Meixner, a professor and the head of the Hydrology and Atmospheric Sciences Department.

Meixner earned a doctorate in hydrology and water resources from the university in 1999 and joined the faculty in 2005 before becoming the department head in 2019. He was considered an expert on desert water issues.

On Oct. 6, students, colleagues, and friends remembered Meixner, at a sign located in front of the Harshbarger Building.

"It was important to show our respect as a student body, especially on a weekend like Family Weekend," said Brianna Antillon. "Come together and pay respects to [Meixner], who's a father as well."

"Really, just to send thoughts and good messages to the family and those affected, and to pay my respects," said Cameron Boles.

Meixner was renowned in his scientific community. Colleagues have posted loving words online, but they remain too distraught to talk in person.

"Seeing the emotional distress they’re in, that’s what really made it hit home for me," said Jessi Moeschi.

"He was loved for sure," said Antillon.

Karletta Chief, director of the university’s Indigenous Resilience Center, said she met Meixner when she was a graduate student in 2001 and he was new to the faculty. While she was not one of his students, her research in hydrology led to frequent collaborations. The last time she saw Meixner, who was a big supporter of Native American and indigenous communities researching water issues, was a week ago at a seminar his department co-sponsored. 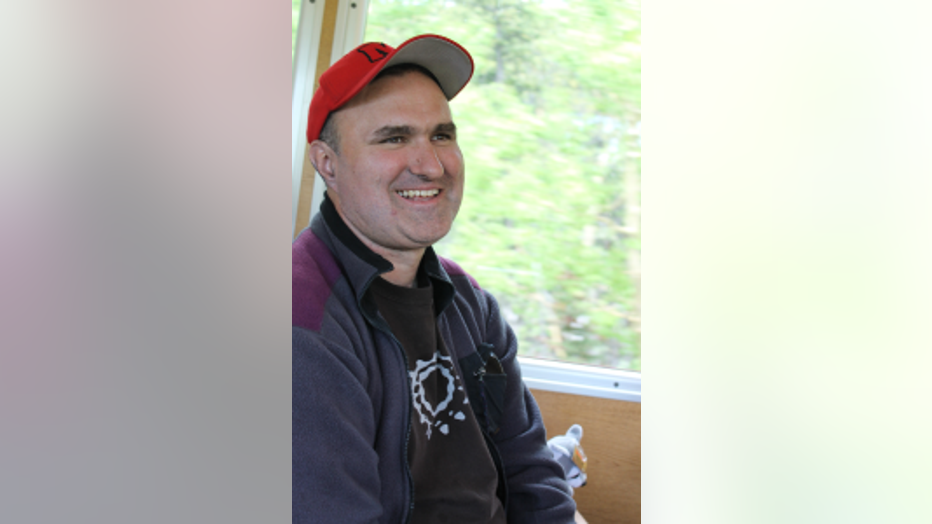 Chief said she emailed Meixner and several others in the hydrology department after the shooting, and that she was devastated to learn he was the one who had been shot.

"It’s just unimaginable that anybody would have any direct anger toward him. He was completely the opposite of that. He was just so kind and positive and always wanting to help," said Chief, who noted that Meixner never mentioned to her if there had been any trouble with a current or former student.

Meixner was also generous outside of campus, Chief said. He once gave money for a marathon that she ran to benefit the Lymphoma Society.

"He shared that he was thankful for me doing this run and he was a cancer survivor," she said.

Meixner's family has also issued a statement on the shooting. The statement reads:

"There are no words. We can try to put it into writing, but there will never be words to describe this crushing loss. Thomas Meixner was an incredible son, brother, husband, father, uncle, colleague and friend. He loved his family, friends, coworkers, the University of Arizona and the greater Tucson community.

He always focused on helping others in all he did. The loss of Tom has left a giant emptiness in our hearts. He was a great man, a deeply faith-filled and devoted husband and father. He was passionate about Hydrology, and one of the last acts he performed on this earth was to teach a class.

He described his work as "making the world better through biogeochemistry," but to us, he was trying to save the world’s most precious resource. He recently retweeted the following quote, ‘Hope is not optimism, which expects things to turn out well, but something rooted in the conviction that there is good worth working for.’

Tom certainly lived this. He will be forever loved and missed by so many who knew him."

Dr. Meixner's family is asking people to support the following charities in honor of his legacy:

Funeral plans announced for University of Arizona professor who was killed

The shooting, which happened on Oct. 5, took the life of UArizona professor Thomas Meixner, and newly-released court documents are revealing additional details on the incident. FOX 10's Steve Nielsen reports.

The incident, according to officials with the University of Arizona Police Department, happened at a building on university's main campus in Tucson on the afternoon of Oct. 5, and the suspect, since identified as 46-year-old Murad Dervish, was arrested in the Gila Bend area. FOX 10's Irene Snyder reports.