HOUSTON - A man and woman were arrested for possessing drugs while a baby was in the car in northwest Houston.

On Friday evening, deputies with Harris County Constable Mark Herman's Office responded to a parking lot in the 7700 block of Gessner Road near Jersey Village after they received reports of a suspicious vehicle. When they arrived, they found a man and woman inside, later identified as Joe Garcia and Astrid Flores, who appeared to be intoxicated with a small infant inside the car. 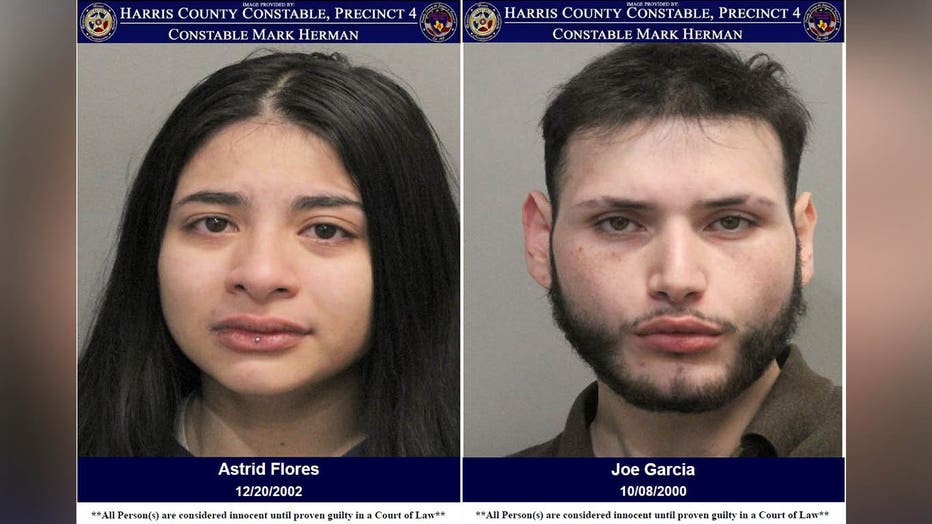 Investigators say Garcia attempted to hide pills in his mouth while deputies were investigating. Officials later found out they had Oxycodone pills without a prescription.

Child Protective Services was contacted, and the baby was released to a guardian who arrived on the scene, reports say.

According to Constable Herman, Garcia and Flores were charged with Possession of a Controlled Substance. Their bond has not been set at this time.