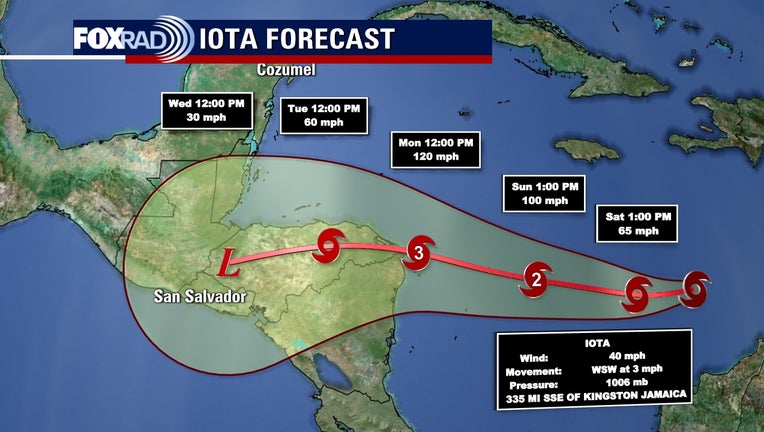 Tropical Storm Iota has formed in the central Caribbean Sea and is expected to strengthen to a major hurricane as it approaches Central America next week.

It is not a threat to Texas, but it is aimed right at Nicaragua and Honduras just two weeks after Hurricane Eta.

TD 31 has maximum sustained winds at 35 mph and is moving west-southwest at 7 mph.

The National Hurricane Center says the system is expected to move across the central Caribbean Sea during the next day or so, and approach the coasts of Nicaragua and northeastern Honduras late Sunday and Monday.

Additional strengthening is likely over the weekend, the NHC says, and the system could be near major hurricane strength when it approaches Central America.

If the tropical depression strengthens into a tropical storm, the next name is “Iota”

With Theta being named on November 9, this season surpassed 2005 to become the most active hurricane season in recorded history. To date, 29 names have been used, pushing this season deeper into the Greek alphabet.