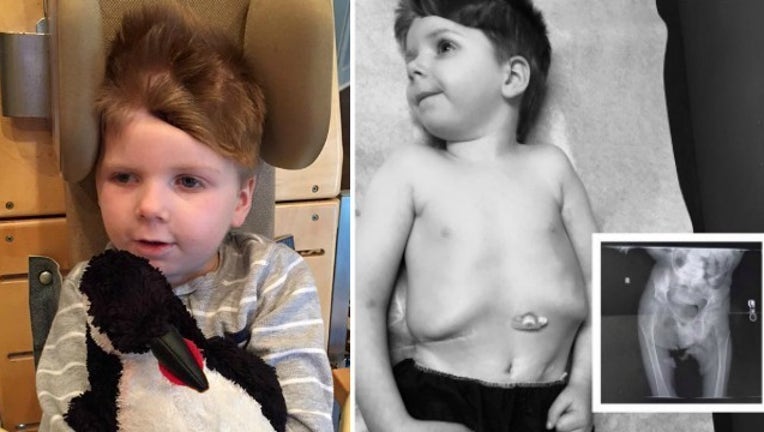 Stacy Halstead shared on Facebook Monday morning she's headed to Atlanta to see a doctor because Tripp isn't feeling well. She's worried this could delay his upcoming hip surgery, which is supposed to take place in ten days.

"Something's wrong with my sweet Trippadoo and I'm not sure what. If I had to guess it would be aspiration pneumonia," Halstead said.

Tripp, who suffered severe brain injuries in October of 2012, wasn't feeling well on Friday and threw up and on Sunday he developed a cough and took several naps, which Halstead said isn't normal for her son. She's hoping it's something simple that he caught from her.

"I had a friend come listen to his lungs last night and he said they sounded junky, that's not good."

Halstead said Tripp has had aspiration pneumonia several times and two of those times he was hospitalized.

"If this is the problem I hope I caught it early and will just need antibiotics. I used his CPT vest on him, we did a breathing treatment, I used essential oils on his chest and feet, turned on his diffuser in his room, gave him tons of fluids. I'm trying hard to not let him get worse before we can see the Dr."

Halstead said if Tripp is having any respiratory issues, he can't go under and have his hip surgery which is scheduled for January 20.

Tripp is also set to undergo head surgery in April and spine surgery in late June.