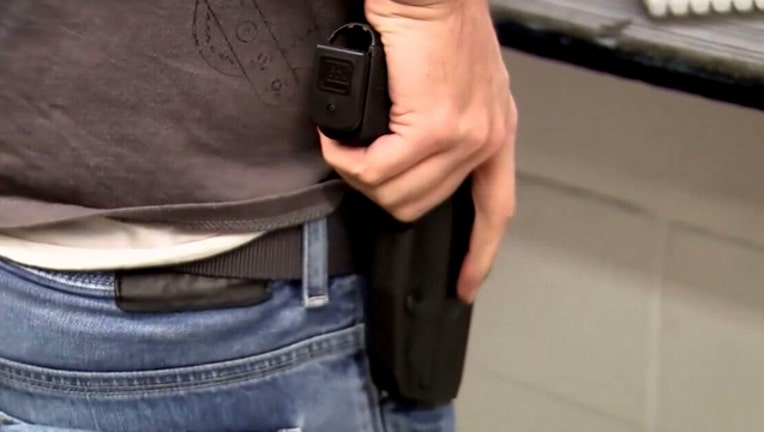 HOUSTON (FOX 26) - Texas lawmakers have approved a bill that would allow gun owners to carry guns, openly or concealed, for up to a week after a natural disaster.

House Bill 1177 narrowly passed the Senate in a 16-15 vote. Now it's heading to Gov. Greg Abbott's desk, as this year's legislative session comes to an end.

Current law says Texans who can legally own firearms don’t need an additional license to openly carry long arms such as AR-15s. But Texans must obtain a “license to carry” in order to carry a handgun openly or concealed.

Current legislation also doesn't address individuals who evacuate with legally owned handguns by means other than their personal vehicles or to an emergency shelter.
After Hurricane Harvey in 2017, gun owners pleaded for the rules to be loosened. While gun control groups pushed back.

Supporters, like the NRA, say Texans should have the ability to take certain weapons with them in a mandatory evacuation without fear of breaking the law or being forced to leave handguns behind in vehicles or homes, where they could be at risk from looters.

Those who oppose the bill argue it could put more people at risk, including law enforcement trying to patrol in the aftermath of a natural disaster.

The bill would allow shelter operators to decide whether to allow citizens to bring their handguns into the premises or not, and to set their own requirements for safe gun storage on their property.

According to a fiscal note attached to the HB1177, no significant cost to the state is expected.