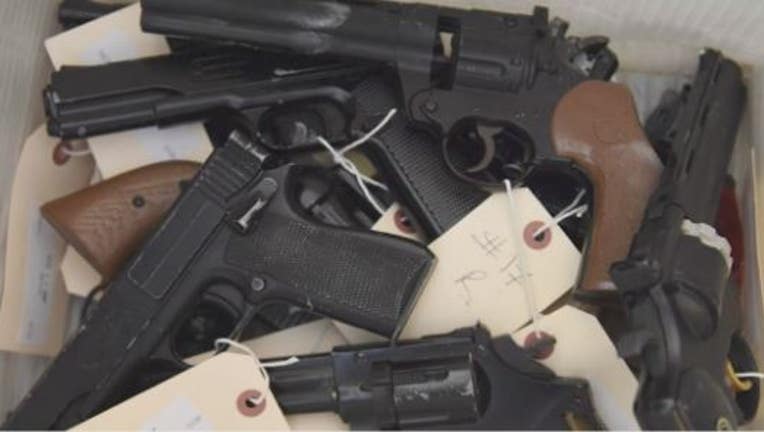 It is no longer constitutional to ban people under felony indictment from buying guns, a federal judge in Texas ruled Monday.

U.S. District Judge David Counts, appointed by former President Donald Trump to Texas’ western federal district, found that a landmark U.S. Supreme Court ruling from June invalidates federal law which prohibits those charged with a felony from obtaining a gun. It was not immediately clear if the ruling would be appealed.

This summer, the high court’s ruling in New York State Rifle & Pistol Association vs. Bruen, written by Justice Clarence Thomas, struck down the state’s concealed carry law and held that courts going forward should uphold gun restrictions only if there is a tradition of them in U.S. history. Counts said he found no such history for limiting access to guns for those charged but not convicted of felony crimes, though he acknowledged his search was "not exhaustive."

"​​This Court does not know the answers; it must only try to faithfully follow Bruen’s framework," he said.

In an earlier filing, the U.S. attorney’s office said the law to prohibit those under felony indictment from obtaining guns does not interfere with the Second Amendment "because it does not disarm felony indictees who already had guns and does not prohibit possession or public carry."

"The Second Amendment has always allowed laws restricting the gun rights of groups viewed by legislatures as posing a public-safety risk, including those accused but not convicted of wrongdoing," the prosecution wrote.

The Texas case arose out of the conviction of a man who had purchased a gun while under indictment and lied about it during his background check, according to Counts’ ruling. Last year, while indicted on charges of burglary and missing court dates, Jose Gomez Quiroz tried to buy a semi-automatic pistol at an Alpine store. He denied he was under indictment on his background check form, and, after a seven-day wait for approval, picked up his new gun.

Days later, the federal system alerted that the purchase was illegal. He was convicted on the same day of the Supreme Court ruling. Almost immediately, he appealed, claiming the New York ruling invalidates the law he broke. Counts agreed.

"The Second Amendment is not a ‘second class right,’" he ruled. "No longer can courts balance away a constitutional right."