88% of Texas now under drought conditions

A majority of Texas is under drought conditions, and nearly half of the state is classified as being in an "extreme" or "exceptional" drought. FOX 26 Meteorologist Mike Iscovitz explains the latest US Drought Monitor maps.

HOUSTON - A majority of Texas is currently under drought conditions and nearly half of the state is classified as being in an "extreme" or "exceptional" drought.

The new U.S. Drought Monitor maps were released Thursday morning and show 88% of Texas in a drought. Another 9% is classified as "abnormally dry". 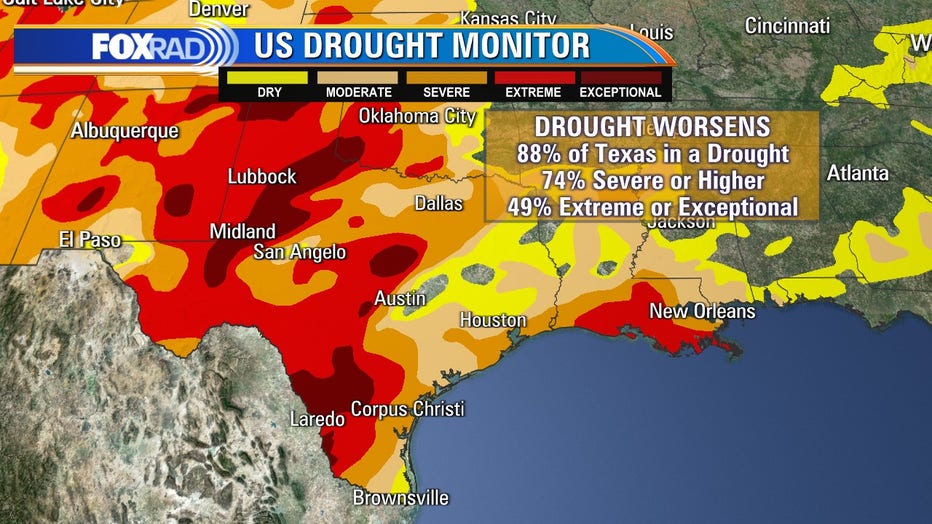 The last time Texas was 97% covered by a combination of drought or abnormally dry conditions was November 2020, according to U.S. Drought Monitor data.

Currently, 49% of the state is classified as being in an "extreme" or "exceptional" drought.

Without significant rain in the near future, conditions could worsen further and, with summer approaching, could lead to wildfire and forest fire concerns.

Drought conditions haven't been this serious in many parts of Texas since 2011.  That summer was very hot and dry, causing devastating forest fires. The entire state was in a drought in September of that year.

The Climate Prediction Center is predicting a likelihood for lower than normal rain this summer for much of the state. 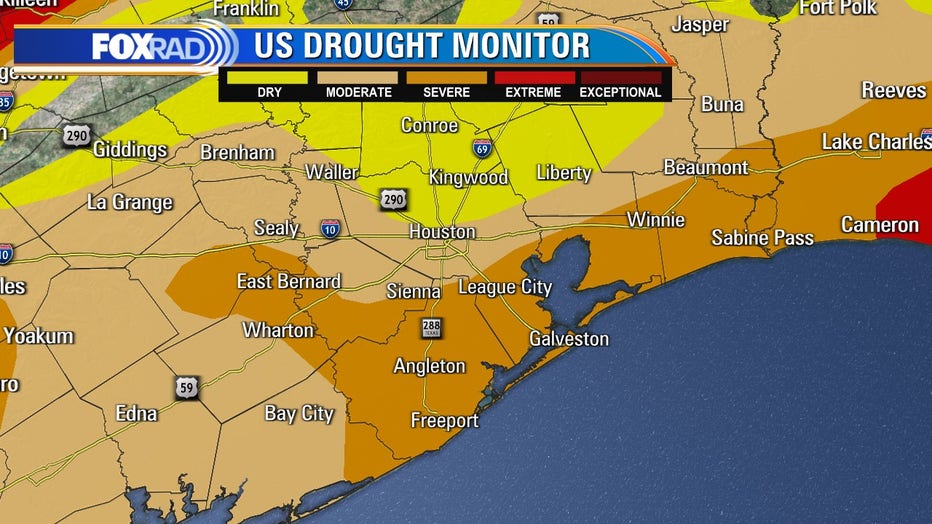 Not all of southeast Texas is currently in a drought. For example, the north side of Harris County has had more frequent rain and higher rainfall amounts over the last several months. That area, including Humble and Spring, is just considered "abnormally dry".

But from Downtown Houston southward to Pearland, Sugar Land, Missouri City, and Katy, those areas are under a "moderate" drought.

Even farther south, most of Galveston County, Brazoria County and Chambers County are under a "severe" drought.

Drought expansion in the U.S.

Nationwide, drought coverage has actually expanded to include more than a half of the contiguous U.S. during the 2021-2022 winter, according to the NOAA. 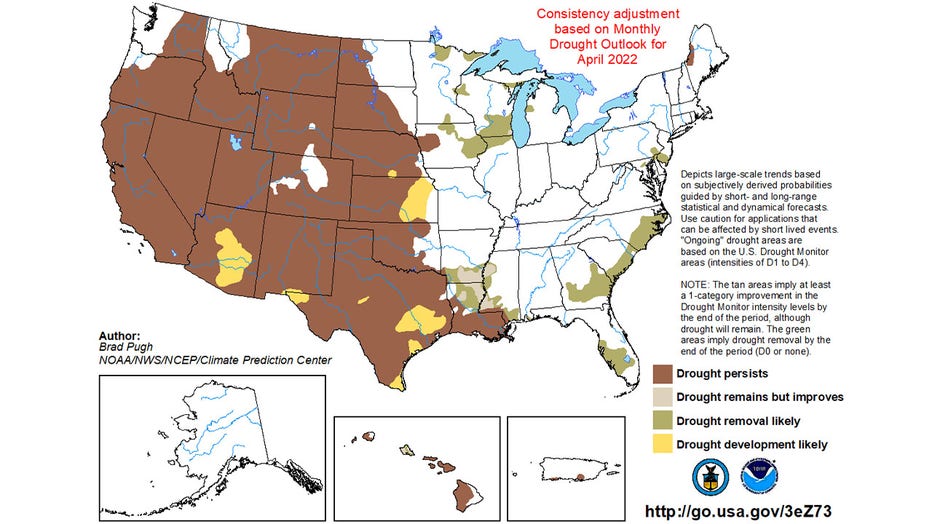 The highest forecast confidence exists across the West where persistence is likely due to below average snowpack for many areas and an increasingly dry climate.

In Texas, a number of locations are having a top 10 dry start to the year:

*According to the Weather Service Forecast Office. FOX Weather contributed to this report.