After posting about the 5.5-inch hailstone on social media, the National Weather Service contacted her and asked Brown to preserve it, so they can study it.

SALADO, Texas - Gina Brown’s freezer is capable of making ice, but the frozen chunk she is keeping in this zip lock bag wasn’t made there. It fell from the sky.

After posting about it on social media, the National Weather Service contacted her and asked Brown to preserve it, so they can study it. "They are coming to 3D scan it is what I’m told," said Brown.

Brown lives just north of Salado. When the storm rolled in on Tuesday she grabbed her dog and hid in a closet.

"It just sounded like the roof was being pummeled, and I’ll tell you the thing that was more concerning to me, it was; bam, bam. Bam, bam, like consecutive banging on the roof and all of a sudden absolutely nothing," said Brown.

When she went outside she found her yard full of large hailstones. One caught her attention. A clump so big Brown initially assumed it was trash from a construction site next door.

"My first thought was, a piece of Styrofoam has come into the yard again," said Brown. 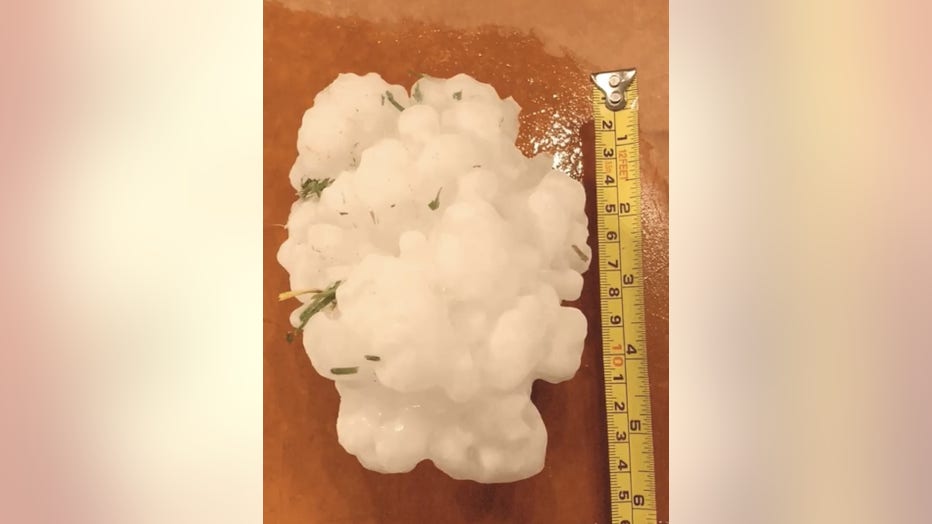 Gina Brown captured these shots of the 5.5-inch hailstone that fell at her home in Salado.

The stone measures almost six inches long. It may not be the biggest ever in Texas – but it's big.

"I’ve already heard from numerous places that have said it’s like the 4th biggest in Texas, is what I’m hearing right now," said Brown.

Across the street from Brown’s home, another giant hailstone was found.

Several of the large ice balls were collected by Danette Pappas’ grandkids. The hail melted shortly after these pictures were taken.

"I was probably even bigger than that because it was probably a good 10 minutes sitting in the yard," said Pappas, who went on to say she did not regret saving it. 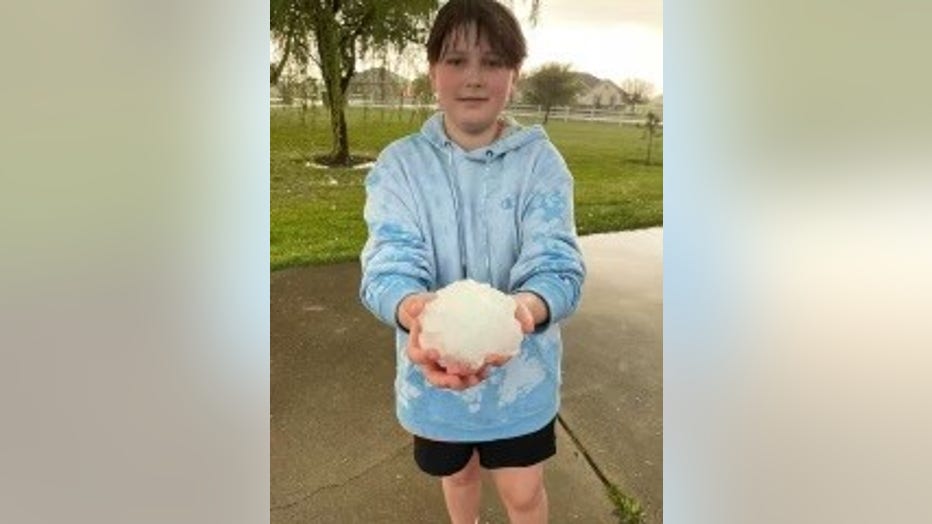 Several of the large ice balls were collected by Danette Pappas’ grandkids.

When the storm passed, Pappas went outside and recorded video as it appeared to swing back. She also caught a funnel cloud as it spun out of the clouds.

"All I was saying was move, keep moving because I knew sometimes weather will kick back, and we were really close to it if it did decide to kick back it would basically whip out my house," said Pappas.

The tornado kept moving, but the storm did leave behind roof damage.

For Brown, who is a high school principal, being in a record book is nice. But a chance to help unlock frozen secrets is even better.

"If anybody can learn from it that would be great, that’s all I was trying to do," said Brown.

Dozens of homes have been leveled by a destructive EF-3 tornado that ripped through the Salado area earlier this week.