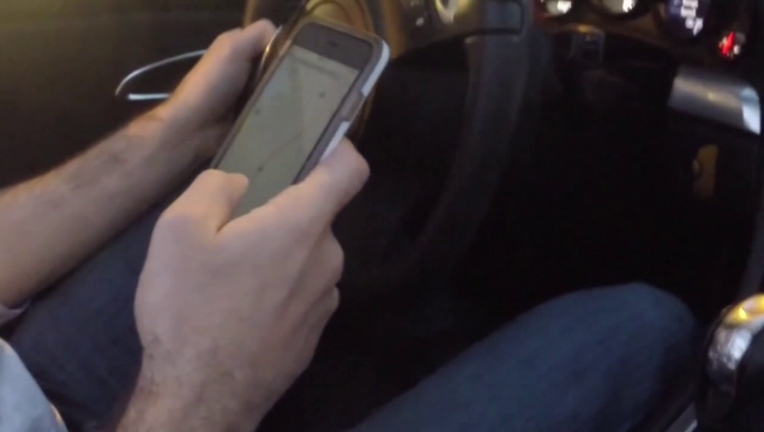 AUSTIN, Texas (AP) - The Texas House on Wednesday approved a statewide ban on texting while driving, advancing legislation either fizzled out or was vetoed in previous years.

The proposal, carried for a fourth consecutive session by former Republican House speaker Tom Craddick, easily advanced on a 113 to 32 vote. It would prohibit the use of hand-held phones to "read write or send an electronic message" while driving. It would also assess a $99 fine on first-time offenders and a $200 fine on repeat offenses.

Similar proposals passed the House in 2013 and 2015 but died in the Texas Senate. The closest that a statewide texting-while-driving ban came to becoming law was in 2011, when a bill cleared the Legislature but was vetoed by former Gov. Rick Perry, who called it a "government effort to micromanage the behavior of adults."

Critics of the measure say the bill not only infringes on personal liberties but that it would be difficult for police to enforce and could lead to unwarranted traffics stops.

"The very first thing that happens when the government wants to take away one of your freedoms is they scare you," Dutton said. "That's what this bill is trying to do, scare you."

Craddick said his bill is a lifesaving measure, arguing the legislation would deter people from the fiddling with their phones in a way that can have deadly results.

"This is a major cause of accidents and deaths in the country and in the state," Craddick said.

Traffics fatalities in Texas have risen from about 3,000 in 2010 to more than 3,700 last year, according to a preliminary tally from the Texas Department of Transportation, during a period when population in the state has steadily increased. More than 10 percent of traffic fatalities were related to distracted driving in 2015.

The proposal now goes to the Senate, where a committee approved companion legislation earlier this week. But the proposal faces an uphill climb in the upper chamber.

It died there last session after the bill's author failed to secure one more needed vote under Senate rules to bring it up for floor debate. Changes in the makeup of the Senate, which is even more conservative now, do not favor the bill.

Gov. Greg Abbott could also present another obstacle. Abbott said in 2014 that he would veto texting-while-driving legislation and then a year later promised to give the bill the "deep consideration it deserves."

His office did not return a request for comment Wednesday.