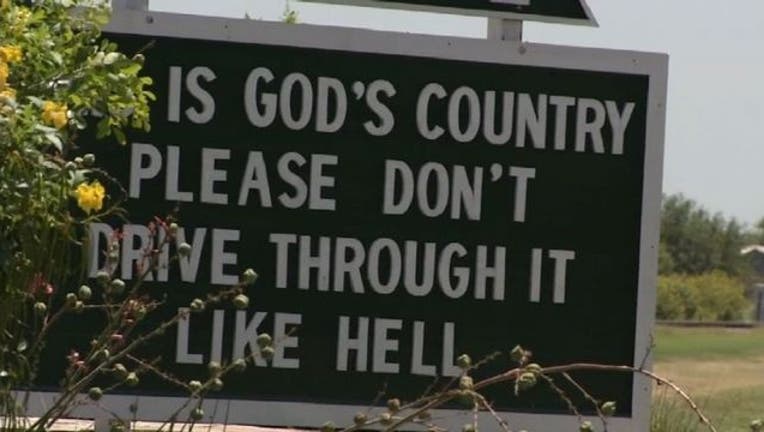 (FOX NEWS) - The backlash was swift after the Freedom From Religion Foundation asked a city in Texas to remove two signs that include the phrase "God's country," prompting the mayor to respond on Tuesday, "No way in hell."

The signs appear on Highway 90 in Hondo, Texas, about 40 miles west of San Antonio. They read, "Welcome -- This is God's country; please don’t drive through it like hell -- Hondo, Texas."

The Freedom From Religion Foundation sent its request in an email to the city last week, Fox 29 reported. It warned Hondo the city would be "legally vulnerable," but did not specify whether it would file a lawsuit. Two unidentified Texans had complained about the signs, according to the foundation.

"It is inappropriate for the city of Hondo to display religious signs that convey government preference for religion over non religion," part of the letter from co-president Annie Laurie Gaylor reads. "Imagine the public outrage had the city posted a sign saying 'This is Vishnu's country."