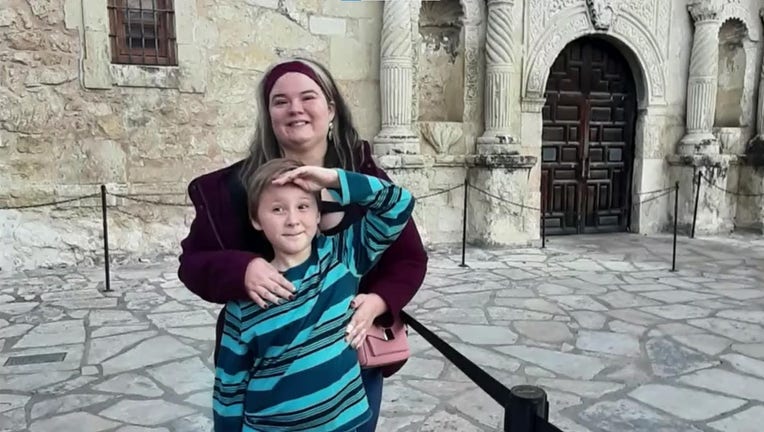 TEXAS CITY, Texas - Jessica Holcomb is a single mom who does everything she can to provide for her only son who she calls a superhero as he undergoes treatment for stage 3 cancer.

Cameron Holcomb was diagnosed with T-Cell lymphoblastic lymphoma, an aggressive form of cancer.

"I am a single parent, and he is my only child. His life is very precious to me and I will be with him every step of this journey I can't work," says Jessica.

SUGGESTED: Houston Mayor Sylvester Turner opens up about cancer diagnosis during State of the City address

She left her job in February to become a full-time caretaker for her son. She says the goal is simply to keep Cameron comfortable during this time and to make sure he is happy and getting healthy.

Jessica Holcomb talks with FOX 26 about the Texas City community coming together to support her son as he undergoes treatment for stage 3 cancer.

Ever since Cameron was diagnosed his family and school have come together to support him. Jessica's sister started a GoFundMe to help with the mother and son's basic needs and Cameron's school started a fundraiser called Coins for Cameron to help the family through this hard time.

"I have been saving up for 8 years. I have a lot of family members and cousins who have cancer and are really struggling with it. So to see a little boy like Cameron have cancer like that, it really breaks my heart," says one student.

HEALTH: Most women can't spot signs of aggressive form of breast cancer — here's what to know

His classmates all made Cameron a card within the first couple of days of finding out about Cameron's cancer. The school let students have an open conversation about cancer. "They were able to share their own experiences which allowed them to kind of connect with the situation of what was going on which also empowered them to want to help more," says a teacher at the school. 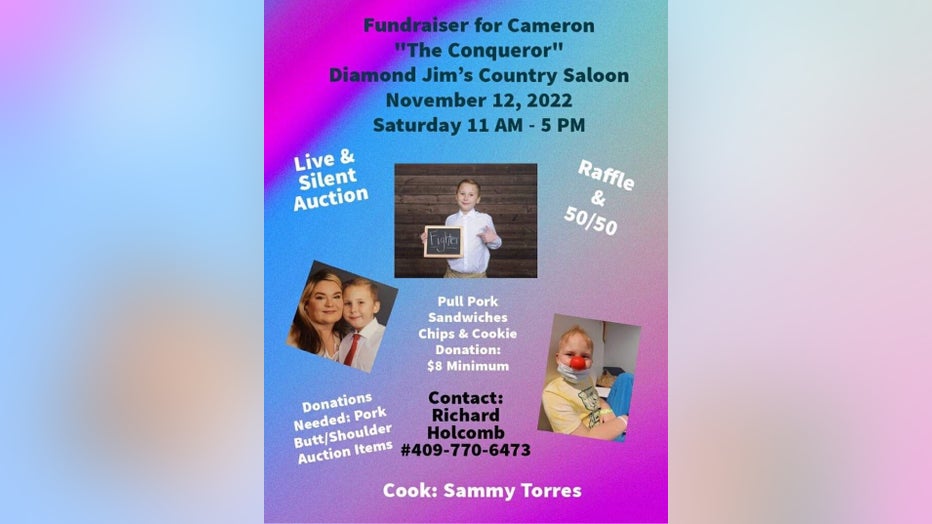 "Seeing such an outpour of love from his classmates and from his school really touched him, and it really touched me. I can never ask for enough prayers. I do believe in the power of prayer and i know my son will get through this," Jessica said.

Cameron is in the hardest part of his treatment right now called delayed intensification. "He's just been really tough, and he's going through it, but he's doing amazing."

The Texas City community is coming together to host a fundraiser and benefit for Cameron on Saturday at Diamond Jim's Country Saloon from 11 a.m. until 5p.m. There's going to be pulled pork sandwiches, other foods, and drinks as well as a 50/50 raffle, and a live and silent auction.

Jessica says anyone can contribute and drop off donations for the silent auction at Diamond Jim's.

"It's very difficult, but he handles it with a smile. He's been very positive. He's my hero."