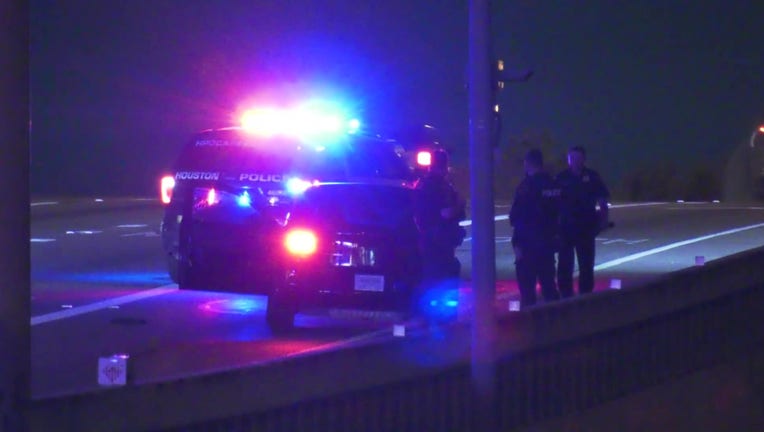 The Houston Police Department investigates the deadly shooting of a teen on the I-610 North Loop.

HOUSTON - A 13-year-old boy was shot and killed as he drove on the I-610 North Loop early Thursday morning, Houston police say. A 13-year-old passenger was also shot and taken to the hospital.

Officers responded to the deadly shooting just before 1 a.m. on the westbound main lanes of North Loop East between Irvington and Fulton.

They found the victims inside the vehicle, described as a black Dodge sedan, with another juvenile passenger who was unharmed.

The two 13-year-olds, who have not been identified, were taken to the hospital. The driver was pronounced dead. At last check, the passenger was in stable condition.

The second passenger told police that someone in a black Chevrolet Tahoe began shooting at them on the passenger side of the vehicle and then fled the scene.

At this time, there is no suspect description or known motive in the shooting. The investigation is ongoing.