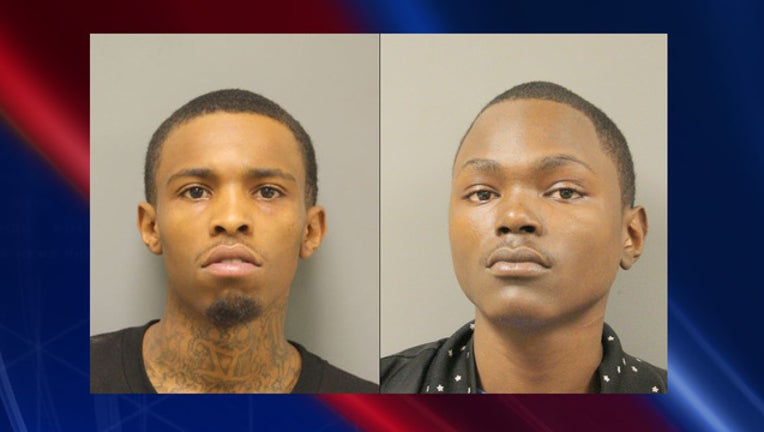 Brothers Troy Anthony Robertson, 25, and Trey Donte Robertson, 24, have each been convicted of aggravated robbery with a deadly weapon and sentenced to prison for their roles in the March 2015 robbery of a She's Happy Hair shop.

“They were bold," described Harris County Assistant District Attorney Jason Sanchez in a statement released on Friday. "They knew what they were doing. It is amazing that no one was killed.”

Surveillance video showed the Robertson brothers, who wore masks and gloves, carrying guns as they entered the She’s Happy Hair store on the North Freeway frontage road near Gruss Drive in north Harris County. The employees ran to the back of the shop and hid behind a locked door as the robbers placed approximately $84,000 worth of the hair bundles into pillow cases. The hair extensions, which can originate from as far away as China, have a retail value of at least $75 per bundle, some even as much as $130 a bundle. On the street, the bundles can sell for around $50.

As the Robertson brothers ran from the store, a witness contacted 911 and followed them. Trey and Troy fired several gunshots toward the witness, which left bullet holes on his vehicle but he was not injured. That witness later testified during Troy’s four-day trial in 208th District Court.