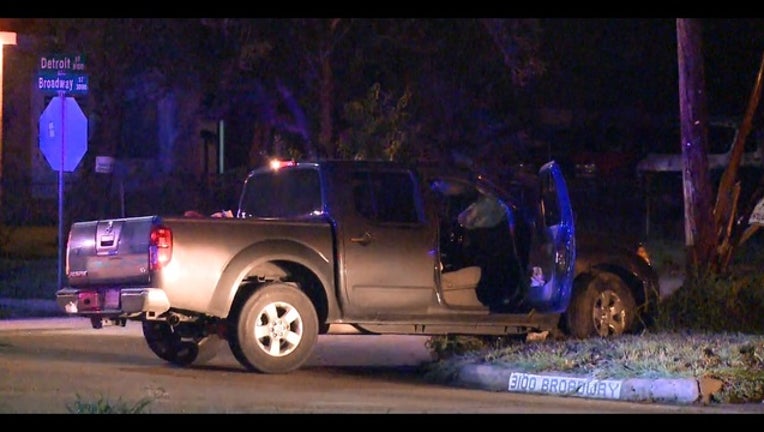 HOUSTON - Houston police arrest two people and are looking for a third after the group led officers on a chase.

Around 2:30 a.m. Sunday, officers spotted a pick-up truck on Broadway that they believed may have been taken during a carjacking.

When they tried to make a traffic stop, the driver took off.

The chase ended on Broadway at Detroit when the driver ran into a utility pole.

Three people jumped out and ran. Officers captured two of them, but they believe one of the men may be hiding in a nearby neighborhood.