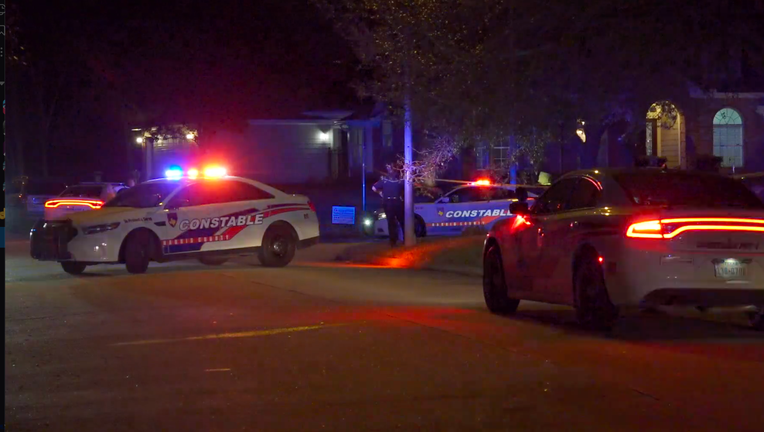 HOUSTON - A man is dead after a fight in north Harris County left with him significant head trauma, and the search continues for a suspect.

Deputies with the Harris County Pct. 4 Constable’s Office responded to a fight outside a home in the 20800 block of Burnt Amber Drive around 8:10 p.m. Monday.

They arrived to find a man, believed to be about 30 years old, unconscious in the front yard of a home. Authorities say he had suffered blunt force trauma to his head and was pronounced dead at the scene.

According to the Harris County Sheriff’s Office, deputies spoke with a witness who said they saw the man fighting with another man. Authorities say the suspect struck the man in the head and then fled the scene in a red Toyota van.