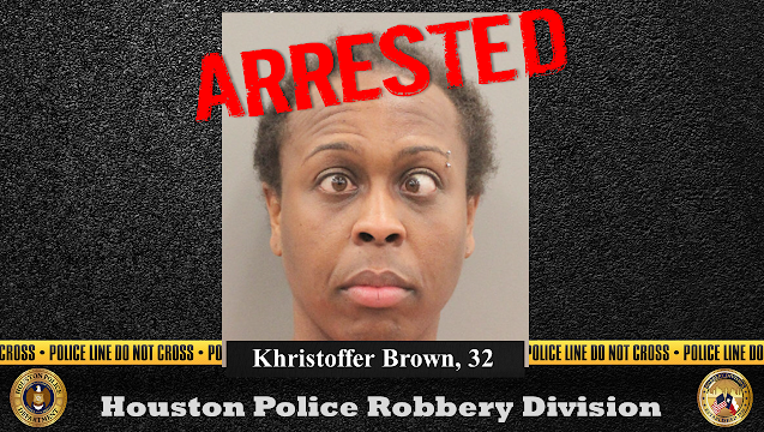 HOUSTON - A suspect was released on bond after police said a robbery occurred at the Galleria over the weekend.

According to the Houston Police Department Robbery Division, Khristoffer Brown, 32, walked into a store inside the Galleria, along with a dog, and gathered several clothing items totaling over $1,000.

Police said Brown showed a debit card to the store clerk that didn’t belong to him, then walked away towards the exit.

The report stated that the store clerk confronted Brown about the non-payment and attempted to retrieve the items.

That’s when, police said, Brown pushed the female store clerk to the ground, causing her to feel pain, and said he wasn’t going to pay for the merchandise.

Police said Brown eventually let go of the merchandise and left.
He was later caught in the parking garage by police.