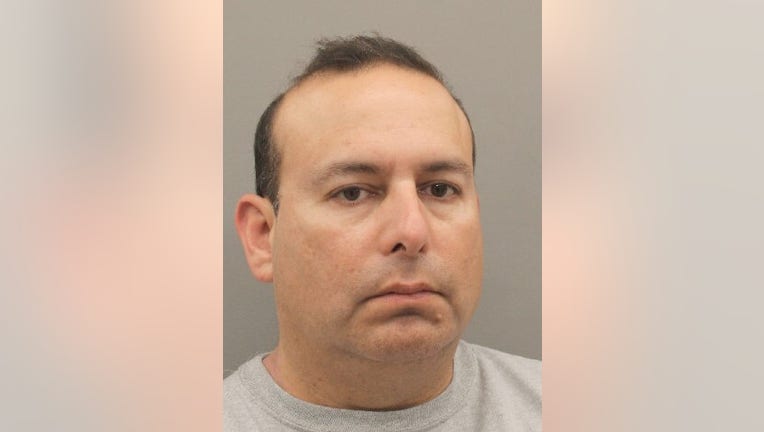 Hector Arturo Campos will spend 45 years in prison for gunning down his neighbor after her dog ran into his yard in 2017.

SPRING, Texas - A Spring man has been sentenced to 45 years in prison after he gunned down his neighbor in broad daylight five years ago.

Hector Arturo Campos was charged with the murder of his 53-year-old neighbor Ana Weed back in 2017. The deadly shooting occurred in Weed's front yard on the 3400 block of Mourning Dove in Spring.

Weed's family says Campos and Weed had been neighbors for years, even friendly with each other. But the friendship took a turn after Campos' then-wife and child allegedly left for Mexico in June 2016.

According to the family and neighbors, Campos was abusive toward his wife and kept her virtually a prisoner in their home.

The family testified in court this week that, Campos had originally arranged the trip to Mexico, but changed his mind and tried to cancel it. Instead, Weed drove Campos’ then-wife and baby to the airport, which apparently angered Campos, who eventually filed for divorce.

Man who allegedly shot neighbor in Spring out on bond

Tensions rose between the neighbors until it reached a lethal climax on Jan. 24, 2017.

Campos was outside in his driveway washing a truck when he confronted Weed, who was in front of her yard, about his ex-wife and daughter. In the midst of the argument, Weed’s small dog got away and started barking at Campos.

RELATED: Family of woman shot in 2017 terrified of alleged killer living next door

"Miss Weed's dog ran onto his lawn. She went on to his property to retrieve the dog. She made it back onto her property. Mr. Campos walked across his driveway, his property to the line, and shot her," attorney Bill Odgen told FOX 26 last month.

A neighbor reportedly witnessed the shooting and immediately ran over to help Weed. The man held Campos at gunpoint to ensure he wouldn’t run.

(EDITOR'S NOTE: This is from an earlier story on the case.)

When asked what drove him to shoot, Campos told police that Weed had pushed him and made a motion as if she would wrap a length of tape around his neck to choke him.

A press release from the Harris County District Attorney’s Office stated that Weed had been wrapping a gift for her grandson and had a roll of clear packing tape in her hand when she went to get her dog.

Campos was arrested and charged for the murder.

"Hector Campos is a violent and vengeful man who killed his neighbor simply because they did not get along," said Harris County District Attorney Kim Ogg announced. "Ana Weed, a loving wife, mother, and grandmother is dead, and her family is devastated because an angry man with a gun could not control himself."

Reports say Campos was out on bond following the shooting but went back behind bars after a district judge increased his bond to $175,000. He faced a civil trial earlier this June where Weed’s family was awarded $70 million in a wrongful death verdict.

RELATED: Bond increased to $175,000 for man in neighbor's shooting

Campos appeared for a criminal trial earlier this week.

The jury did not believe Campos’ claim that he was defending himself and convicted him of murder. He was sentenced to 45 years in prison.

"He showed no mercy to Ana Weed," said Assistant District Attorney Christopher Condon. "For this family, every possible joyful occasion will be marred by sorrow, so we’re thankful for the jury’s hard work in bringing them justice."